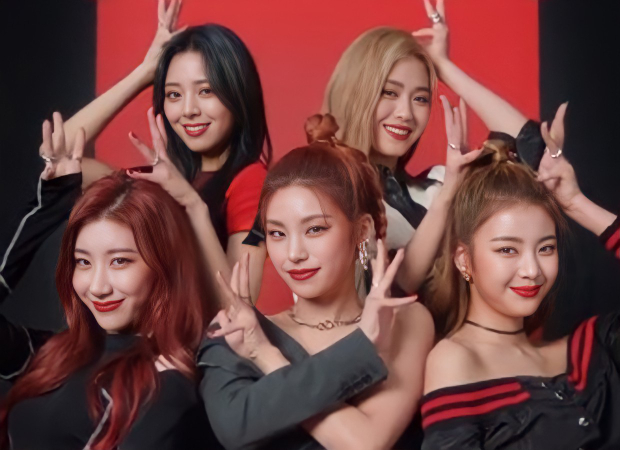 The announcement was made via the Maybelline social media channels along with the poster and commercial ad. The stunning girls will be seen in Maybelline's Hypersharp Liner, Ultimatte Lipstick, and SuperStay Foundations campaigns in Asia, this spring. "We have always admired the Maybelline brand and are so excited to be able to contribute our creativity, positivity, and energy to their global community," said the group in an official statement. "It's a huge opportunity to bring new sides of ourselves to our fans and to remind the world that being confident and bold is in all of us."

"I have been watching ITZY's inspiring rise and was drawn to how dynamic they are both as a group and individuals," Trisha Ayyagari, Global Brand President, Maybelline New York said in a statement. "ITZY champions self-love, individuality, and self-expression to their fans and global community. Their energy is powerful and I am so excited to bring these voices to Maybelline!"

ITZY was formed in 2019 and signed by YJP Entertainment. Their debut single 'Dalla Dalla' peaked at No. 2 on Billboard's YouTube chart and No. 1 on iTunes' song chart in twelve regions. With multiple accolades, award show wins, tours under their belt, ITZY's last work was their third EP 'Not Shy' released in August 2020. The quintet is gearing up for the album 'Guess Who' to release on April 30.