Tanhaji was a game changer for Saif Ali Khan as following the film’s release, the actor has been on a roll signing on big projects one after the other. While Saif plays the baddie, Raavaan in Adipurush alongside Prabhas, he is gearing up to play a no-nonsense cop alongside Hrithik Roshan’s gangster in the Vikram Vedha remake. Bollywood Hungama has learnt that Saif has upped his acting fees. 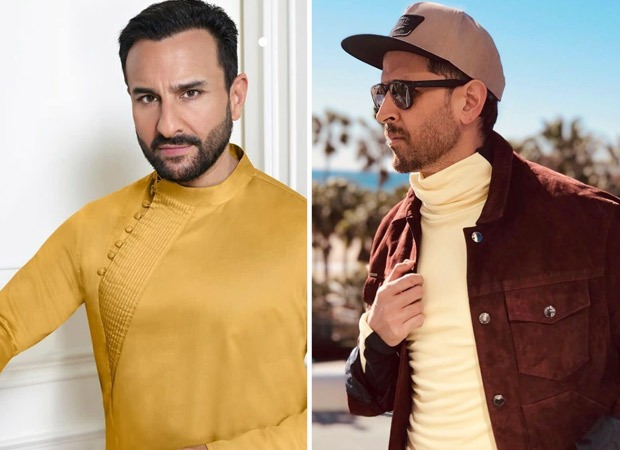 “As Vikram Vedha is set to go on the floors this summer, we hear, all the paperwork was done recently. While the pay structure of Hrithik is kept under wraps, Saif Ali Khan has charged an upfront fee of Rs. 12 crores to come on board the film,” a little birdie reveals, adding further that this is the present market rate of the Nawab for every film that is being offered to him.

“Be it a two hero film or a solo project, Saif at present is charging anywhere in the range of Rs. 12 crores, depending on the scale and reach of the story. He has decided to sign on for prestigious projects that push his value in the market, and a look at his line up suggests that it’s a step taken in the right direction,” the birdie further revealed.

Vikram Vedha is directed by Pushkar and Gayatri, with Reliance Entertainment and Neeraj Pandey as the producer. We also heard that Neeraj has been closely involved with the script of Vikram Vedha in Hindi and will also get the due credit as a writer of the film. “He had brought in his sensibility of thrill to the story, making it appealing to audiences all across the country.” Vikram Vedha prep has already begun and the makers are set to take the film on floors by April end. Wait and Watch!