K-pop stars Jungkook of BTS, Astro's Cha Eun Woo, NCT 127's Jaehyun, and Seventeen's Mingyu have come under the spotlight for their recent visit to Itaewon. But, their agencies have given clarity on the whole situation. For unversed, South Korea is tackling the second wave of coronavirus after an individual was diagnosed with COVID-19 in May 2020. The said person had visited clubs in the area on May 2 and was tested positive on May 6. 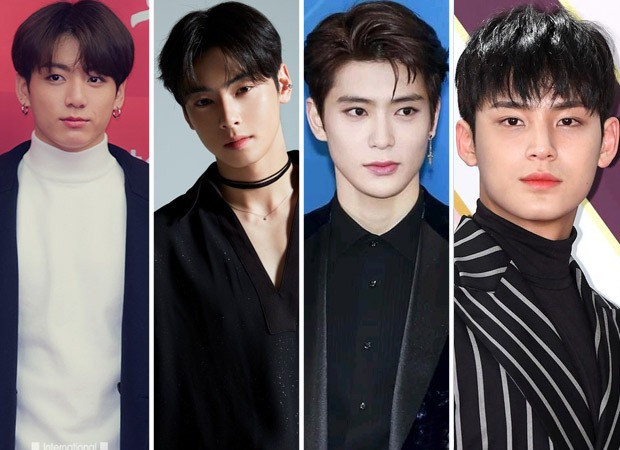 So how do the popular K-pop stars come in the picture? Well, some reports stated that they were spotted in Itaewon recently.  Big Hit Entertainment, Fantagio, SM Entertainment, and Pledis Entertainment, on behalf of their artists, released official statements regarding the controversy surrounding them visiting Itaewon in Seoul.

It should be noted that South Korea wasn't in lockdown and entertainment places and clubs were reopened for business after the situation was under control back in April. It was only in May when the second wave of cases was being reported. As per the official statements by the agencies, the group of friends indeed visited Itaewon in April. They apologized for not following the social distancing guidelines. Big Hit Entertainment mentioned that they have always maintained the privacy of their artists. The companies also revealed that as safety measures, the four musicians also got tested for COVID-19 and their results were negative.

After the COVID-19 cases saw a spike in May, the Central Disaster and Safety Countermeasures Headquarters (CDSCHQ) urged the citizens who visited the clubs, restaurants, etc between April 24 and May 6 to stay indoors in order to contain the virus.

Here's what the statements said:

Translation of fancafe it self pic.twitter.com/re3Bhd7s7D

ALSO READ: BTS members Suga and V post a selfie after their fun conversation and reveal details about Taehyung’s mixtape