The network JTBC has released a statement regarding the ongoing controversy surrounding the new South Korean series Snowdrop starring Jung Hae In and BLACKPINK's Jisoo in lead roles. The controversy first came to the spotlight earlier in March this year when the show was announced following which JTBC had released two statements at the time. Viewers have raised concerns about history distortion in Snowdrop which has sparked conversations on social media. 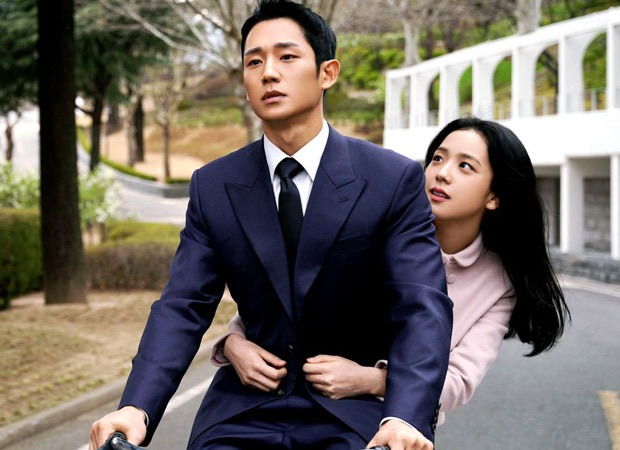 Following the premiere of the show, a national Blue House petition was created urging the channel to take the dram off-air.  The petition states, “There are definite activist victims who were tortured and killed during the democratization movement because they were [falsely] accused of being spies without any grounds. Creating a drama with a plot like that despite this historical truth undermines the value of the democratization movement.” According to the Korean tabloid, the petition has surpassed 300,000 signatures as of December 21 at 12 p.m. KST. As per several reports, sponsors have pulled out from the drama.

Now, JTBC has released a statement that says, "Following the broadcast of Snowdrop, controversy is not dying down based on false information, so we are releasing a statement. First of all, the background and motif for important incidents in Snowdrop are the time of the military regime. With this background, it contains a fictional story of the party in power colluding with the North Korean government in order to maintain authority. “Snowdrop” is a creative work that shows the personal stories of individuals who were used and victimized by those in power."

"There is no spy who leads the democratization movement in Snowdrop. The male and female leads were not shown as participating in or leading the democratization movement in episodes 1 and 2, and they do not do so in any part of the future script. Most of the misunderstandings regarding concerns of “history distortion” and “disparaging the democratization movement” criticized by many people will be settled through the progress of the drama’s plot. The drama includes the production team’s intent of hoping for no repetition of an abnormal era in which individual freedom and happiness are oppressed by unjust power. Although we, unfortunately, cannot reveal much of the plot ahead of each episode, we ask that you watch over the future progress of the plot," it reads, according to Soompi.

"In addition, in order to hear the valuable opinions regarding JTBC’s contents, we will listen to diverse voices by opening the portal site’s real-time chat window and the official viewers’ message board. The main values that JTBC aims for are the freedom of content creation and independence of production. Based on this, JTBC will continue to contribute full effort into showcasing great broadcasts," the statement concluded.

Snowdrop premiered on December 18, 2021, and it is undoubtedly one of the most anticipated dramas of the year. Along with Jung Hae In and Jisoo, the drama also stars Kim Hye Yoon, Jeong Yoo Jin, Yoo In Na, Yoon Se Ha, Heo Joon Ho, Park Sung Woong, Kim Min Gyu in prominent roles.