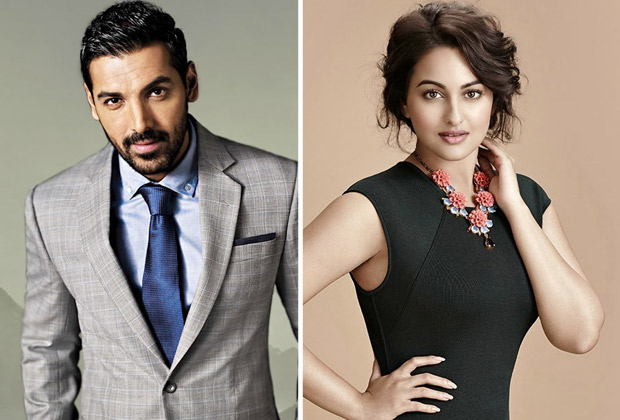 While Bollywood is currently facing the brunt of roping in Pakistani actors for their films, several celebrities from the fraternity have come out in support of the nation when it comes to Indian surgical strikes on Pakistan. Claiming it to be a fit response to the Uri attack in Jammu & Kashmir, John Abraham and Sonakshi Sinha too decided to voice out their patriotic feelings and gratitude towards the Indian army.

During the recently held trailer launch of their forthcoming film Force 2, John Abraham responded to one of the queries of media about the surgical strikes saying, “We are proud. In fact, they should have done this long ago. I think it is high time that we respond to terrorism. As a country we are always tolerant but now it’s high time that we put our foot down and we show them what India can do.”

He also spoke about Pakistani artists not condemning the Uri attack diplomatically stating, “We are not in a position to opinionate about what the others do or don’t. We can only speak for ourselves. What we express is solely our opinion and I am just very fortunate to be a part of the film industry. We really go out there and express our solidarity not only with our country but also our soldiers who are the true heroes of this country.”

On the other hand, Sonakshi Sinha too agreed with John and further added, “We can only speak for ourselves and do our job which is stand by our own people. And that is what we are doing.” She also expressed her gratitude towards soldiers owing to the surgical strikes and said, “It was the need of the hour and we had to deal with terrorism. We all as citizens as well as the people who love our country are very thankful to them.”

Also, the actress was questioned about the Pakistani connection in her next film, Noor which is based on writer Saba Imtiaz’s novel ‘Karachi You’Re Killing Me’ and when she was questioned about the recent ban on Pakistani artists, she refused to comment on the same. However, talking about the film, Sona was quick to maintain, “I am not playing a Pakistani journalist. The film is just based on the book which is written by a Pakistani author and it’s been adapted to (the scenario of) Mumbai.”