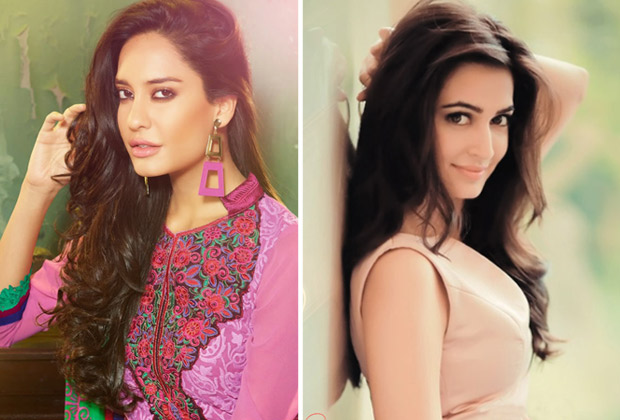 Lisa Haydon has been in the news lately after her sudden exit from Abhishek Pathak's next film which is a sequel to 2010 comedy, Atithi Tum Kab Jaoge. Readers may recall that the filmmaker was left fuming after Lisa reportedly exited the film following her marriage plans that caused them financial setback as the set was already constructed and visa work was completed.

Now, we have learned that Lisa Haydon will be replaced by Raaz Reboot actress Kriti Kharbanda. The one film old actress was selected right away after she did a screen test. Director Abhishek Pathak said that for them, it didn't matter that Kriti was one-film-old. They were looking for a pretty girl who could act and deliver a convincing performance. After Kriti's screen test, they knew they had found their actress. He said that she looked perfect with Karthik Aaryan.

The film's mahurat shot will be filmed today and the shooting will begin next week. The story will revolve around a live-in couple Karthik Aaryan and Kriti Kharbanda based in London. They are at their wits' end following the entry of two uninvited guests Paresh Rawal and Tanvi Azmi.

Besides the film's mahurat, Abhishek also spoke about the problems they have faced since Lisa Haydon's sudden exit. He said that his legal team is putting together the losses they have faced. But, he said that every plan, big and small, went for a toss after she walked out of the film.