Like every other production, Ishaan Khatter, Mrunal Thakur, Priyanshu Painyuli's war-drama Pippa was supposed to begin in March of this year. But, the cast and producers agreed upon not shooting during the second wave of the coronavirus pandemic. The schedule got delayed. 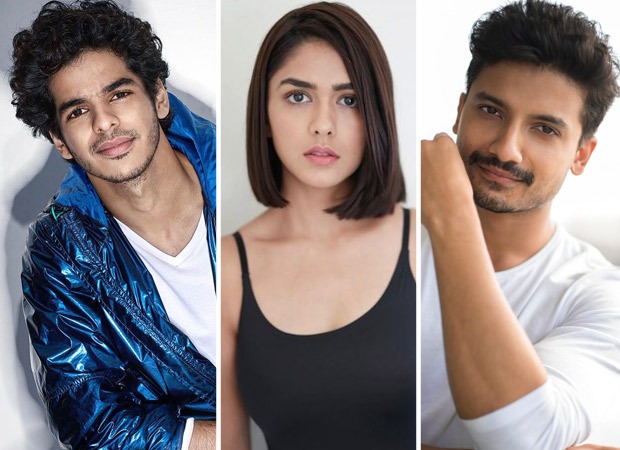 Now, it seems like the actors will finally begin the shoot in September. According to a daily, the actors begin reading sessions by mid-August. The cast has to familiarise themselves with the story and also prep from August onwards for war and combat action scenes.

Based on the book "The Burning Chaffees" by war veteran Brigadier Balram Singh Mehta, this collaboration has Airlift director Raja Krishna Menon at its helm. Pippa is set to have Ishaan in the role of Brigadier Mehta, a veteran of the 45th Cavalry Tank Squadron who fought on the eastern front during the Indo-Pakistan war of 1971.

The film titled Pippa is written by Ravinder Randhawa, Tanmay Mohan, and Raja Krishna Menon. In their Pippa, Balram and his tank squadron fought the riveting 48-hour-long Battle of Garibpur that laid the foundation for and influenced the outcome of the impending war in India’s favour. The film also portrays the coming-of-age of a young Mehta as well as of our nation, as both stepped up to prove themselves in a war for the liberation of another country. The battle paved the path for India’s triumph as Captain Mehta rose to the occasion and led his troops to victory.