With Indian Premiere League 2018 season nearing, it is time for cricket fans to gear up for the biggest sports extravaganza this year. The Indian Premiere League is closely associated with Bollywood and it is visible in ways more than one. The grand opening ceremony only gets better with each year. This time around, it is time for Ranveer Singh, Varun Dhawan, Parineeti Chopra and Jacqueline Fernandez to rock the opening ceremony of IPL 2018.

Let’s remind you that every year the opening ceremony of IPL turns out to be the talk of the town. Reason? The star-studded performances by Bollywood A-listers add grandeur to this cricket league. Yet again, this time around too it is going to be no different in terms of its glamour quotient. 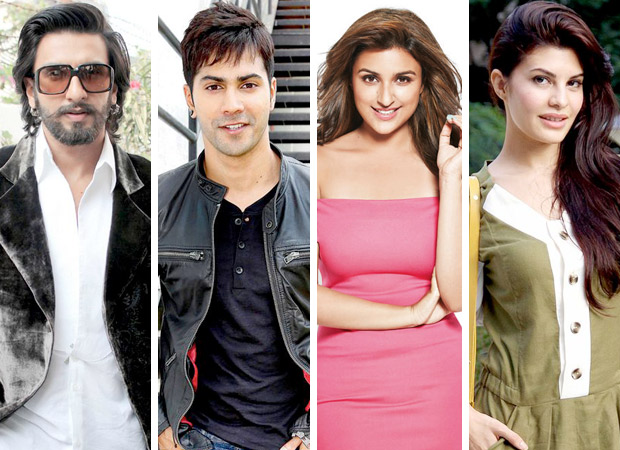 Last year, if we remember correctly, there were performances by stars like Katrina Kaif, Amy Jackson, Sushant Singh Rajput etc. However, these stars performed across the country in varied cities where IPL was being launched. But this year the organizers have planned one single grand opening ceremony in one city which will obviously see a rather glamorous and star-studded line-up.

For the same, Ranveer Singh, Varun Dhawan, Parineeti Chopra and Jacqueline Fernandez will come together for a rocking act. If reports are to be believed, it will be a total of 45 minutes song and dance performance. Well, it is being said that the actors will do individual performances on their medley of their hits. Although there aren’t too many details, we hear that all the stars may come together for a performance together too. Amidst all the cricket fever, it has been learnt that the stars have started preps and rehearsals for the said act.

The eleventh season of IPL will kick off from April 7 and will continue until the end of May. It is being said that the opening ceremony will be held on April 6 for this IPL.