Bollywood Hungama has been constantly consistent in giving exclusive updates about YRF’s Project 50, which marks the 50 years of the prestigious banner. We were among the first to reveal that Aditya Chopra is taking the Tiger franchise forward with Salman Khan and Katrina Kaif, and with Maneesh Sharma on board as the director, he is planning to mount the film on a humongous budget of Rs 350 crore, thereby making the biggest Bollywood action film till date. During the 2019 Eid release, Bharat, Ali Abbas Zafar had confirmed that he will be collaborating with Salman on Tiger 3 and has cracked an exciting idea too for the same. Soon after, the reports started flowing in that Ali will no longer direct Tiger 3, however there was no reason given out by anyone. 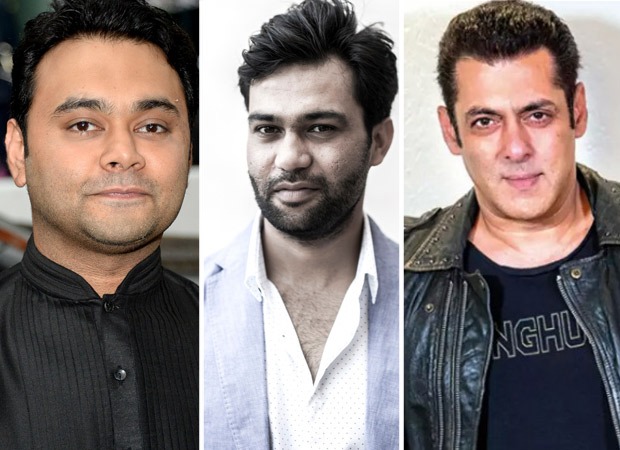 We have now exclusively got hands at the behind the scene story of what went behind building Tiger 3. “Ali Abbas Zafar is one of the biggest directors in today’s time and but obviously, after delivering a blockbuster in Tiger Zinda Hai, Adi and Salman were both keen to have him back on board as the director. In-fact, Ali had even started working on the script of Tiger 3, taking forward an idea that Aditya Chopra had presented to him. Adi believes Ali is among the most promising directors of Hindi cinema in today's time,” a source told Bollywood Hungama on condition of anonymity. However, soon, Adi was informed that Ali is working on developing multiple scripts at the moment, including Mr. India, Katrina Kaif’s superhero film and also concentrating on projects for his production house. “Adi was clear on the fact that Tiger 3 will not just be the biggest film of his production house, but also the biggest that Bollywood has seen till date. He had a particular vision for the franchise and to translate that to spectacle, he wanted Ali to give 100% dedication to Tiger 3 for a period of 2 to 3 years, which included scripting, pre-production, post-production and finally the release. Adi doesn't believe in the idea of multiple films at same point of time,” the source informed ahead.

However, with films like Khaali Peeli almost set to go on the floor, and a studio partner waiting to bank roll his ambitious superhero universe consisting of Mr. India and a female superhero in Katrina Kaif, Ali wasn’t too sure on allotting the said time to Tiger 3. “Of course, Ali wanted to direct it, but he was looking at a wider course of working on 3 to 4 films over a period of three years vis-à-vis just one film for two to three years. Adi believes in the funda of looking at one film at a time, and couldn’t be in sync with Ali’s outlook, despite having complete faith in his vision and skills as a director. After several rounds of discussions, Adi felt the need to part ways, and got Maneesh Sharma on board the franchise. Adi was clear that a franchise like Tiger requires complete dedication from the director. Maneesh wrote a screenplay and shared the blueprint of his vision and action sequences with Aditya Chopra, who was simply blown away by the vision. He then went with the same to Salman, who instantly gave his nod and loved it to the extent that he was compelled to change his line-up of films overnight, putting Tiger 3 in the priority list,” the source also said, adding further that Adi and Ali will definitely do one more film together and there is no bad blood between then. For Ali, Adi is like a mentor and they decided to part ways on Tiger 3 following a civil discussion.

Adi and his entire team have been personally looking into all the scripts that are being made under YRF Project 50, and Tiger is his baby, considering that it’s his story that’s being

worked on. “The action scenes aside, which will be humongous to say the least, being the last part of the franchise, Tiger 3 has a strong emotional core too, which has impressed Salman, Katrina and Adi the most.” The film is slated to go on the floors around February next year and will be shot across the globe. The pre-production work has already begun. An official announcement is expected on September 27.