The superstar Salman Khan and the millennial star Alia Bhatt will be coming together for the very first time in Sanjay Leela Bhansali directorial Inshallah. The grand project was announced in March 2019. The fans are elated to see Salman and Bhansali reunite in a full-fledged drama post their Hum Dil De Chuke Sanam. Though Salman had a brief role in Saawariya, there were reports that there was a fallout between them. But, all is well that ends well. And now, the first schedule will kick off in Florida. 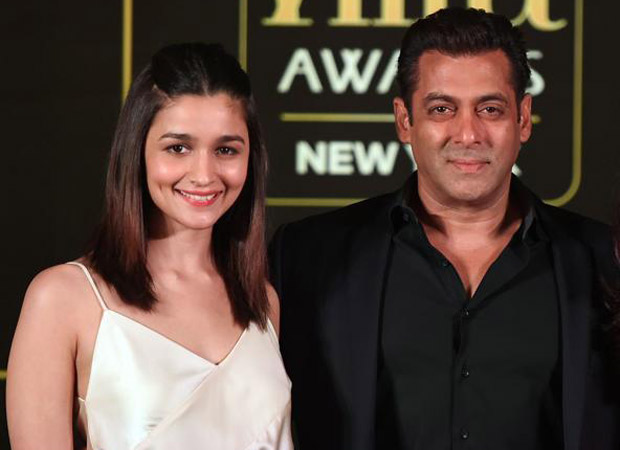 Sanjay Leela Bhansali and his team are currently in the US for the recce before they kick-start the shooting in August 2019. The prime spots the filmmaker is looking for are the streets of Orlando and the beaches of Miami. As per the reports, Salman Khan is set to play the role of a 40-something man who is a businessman from Orlando. His character will be young at heart and will sport designer jackets and fresh look.

Alia Bhatt, on the other hand, will have her character from Varanasi. Before leaving for the US, the makers had visited Haridwar and Rishikesh for scouting the locations. Her character is in mid-20s who is an aspiring actress based at a location near river Ganga. So, Bhansali is contemplating on which location to lock in for her.

Their real-life age difference makes the storyline interesting and will be reportedly addressed in the film as well. Sanjay Leela Bhansali worked for two years on his script. It is a much lighter tone compared to his last directorial. Apart from them, the ensemble is also being cast for the film.

The lead actors Salman Khan and Alia Bhatt will begin shooting after their wrapped up their respective films. While Salman plans to wrap up Dabangg 3 before August, Alia’s Sadak 2 will also be finished by then. Even major portions of Brahmastra will be filmed by that time.

ALSO READ: Inshallah: “It will be fun, there will be lots of fights” – Salman Khan on working with Sanjay Leela Bhansali