Entertainment industry is the epitome of glamour and glitz and that’s a stark contrast to the other side of the showbiz industry - which is the constant issue with the unpredictable nature of the job. Late last year the news of television actor Kushal Punjabi's death by suicide was a rude awakening for his close friend Harmeet Singh of the Meet Bros. With the current scenario in the entertainment industry, he decided to bring together a group of like-minded people to launch a Suicide Prevention Awareness movement called the ‘WeCare Initiative’. They are also focused on mental & emotional wellness. 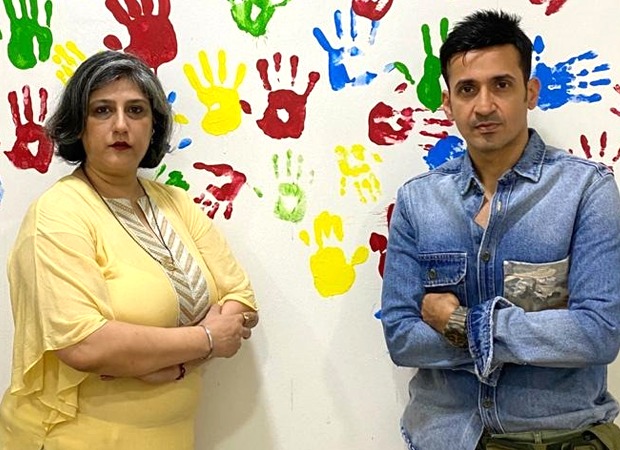 Music Director Harmeet Singh is launching the ‘WeCare Initiative’ today, 10th September 2020 - ‘World Suicide Prevention Awareness Day’, to provide suicide prevention awareness, suicide sensitivity training and thus be a support system to the entire entertainment industry. Charity begins at home hence this initiative is for the people by the people of the entertainment industry. It’s being done for the first time by one of their own.

In the second phase they aim at making the entire Entertainment Industry a safe, respectful and ethical place for everyone. The aim will be to spread their helping hands to everyone possible within their reach.

When asked about the same, Harmeet Singh, Founder of We Care said, “This initiative has been taken with the help of few friends and professionals who are well trained and equipped. The rising rates of suicide in the country, especially in the Entertainment Industry, has brought the conversation around mental health into the open and that’s the first step. I lost my friend Kushal, which I still haven’t recovered from. ‘WeCare Initiative’ is a platform for people who find it difficult to speak up, to reach out for help. We aim to reduce the stigma around emotional and mental health issues, spread awareness about suicide prevention and change the way people look at mental and emotional health. By training as many people as possible within the Entertainment Industry as ‘Gatekeepers” we will have eyes and ears everywhere – to identify the signs of suicide and confidently know what to do and how to help”.

Executive Director of WeCare Initiative, Natasha Sharma Dip. HB (KGH, UK) is a Gatekeeper Trainer, Counsellor, Psychotherapist and Clinical Hypnotherapist told us, “anyone and everyone can help save a life - this is backed by research, when I say that suicide is the most preventable cause of death. Gatekeeper Training is a program developed over 20 years by Dr. Paul Quinett of the qprinsitute in the USA and generates suicide prevention capabilities at the community level”.

‘The WeCare Initiative’ aims to train and sensitize, as many people as possible within the entertainment industry, towards suicide. They aim to create an infrastructure for jobs and opportunities for struggling people via a referral system in the second phase. It also provides online and offline resources, connect with professionals if required and enables them to seek help.