The much awaited flick, Tenet, released in the USA yesterday on September 3 and hit theatres in China today. Directed by Christopher Nolan, it has now been released in almost all the major markets of the world and has done a very good business, surprising many cynics. After all, it is the first big film to release in the post-pandemic world. There were fears that audiences might not turn up in cinemas because of the fear and that collections won’t be at the maximum because of the social distancing measures. However, despite all these limitations, Tenet has managed to draw in audiences, thus proving that there’s indeed tremendous pent-up demand among the audiences. 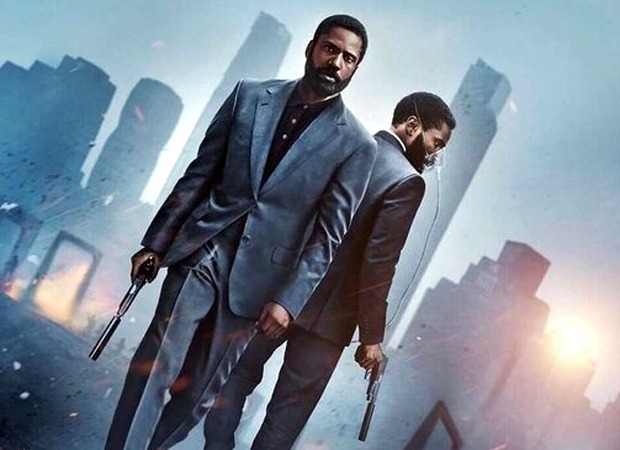 However, fans of Nolan in India would have to wait a little longer to catch the adventure thriller. The central government has opened up many sectors but not cinema halls. However, Bollywood Hungama has exclusively learnt that Warner Bros India is fully ready with the release of the film. They even obtained a censor certificate from the Central Board of Film Certification (CBFC) on August 13. A source close to the studio reveals, “The CBFC has given a U/A certificate and hasn’t asked for any visual or audio cut. This will be a treat for all the Indian fans, as often CBFC recklessly makes cuts in films. Tenet, however, is an exception!”

There have been instances of studios self-censoring the film, relieving it of all so-called objectionable content and then submitting it to the CBFC. Last year’s much-loved flick Once Upon A Time In Hollywood was one such flick which had taken this route. The source, however, assures, “We have neither self-censored nor has the CBFC done any edit. Indian audiences will see the same version which is being screened elsewhere in the world.”

With the certificate in place, will Tenet be the first film to release once restrictions on cinemas are lifted? The source tells, “In our discussions with the exhibitors right now, it seems like it’ll be the first film to hit cinemas. However, we’ll release the film only if 70% of the country has opened theatres, especially the lucrative centres like Maharashtra, Karnataka, Delhi etc. Our apprehension is that even if the central government gives the permission to cinemas to resume operations, the government in some states might not adhere to it and continue the restriction. Also, besides Hindi, we are dubbing it in Tamil and Telugu; so we need those markets as well.”

With no other film running in cinemas, Tenet can release in as many screens as possible. The source shares, “We are looking at releasing it in 100% of the screens, provided certain terms and conditions are met. Meaning, whichever theatres are open, we plan to release Tenet there. Even theatres that don’t show English films are welcome to show Tenet. So we are planning to go as wide as possible with the release. The intent is for audiences to come back to cinemas and understand that it’s safe and not as risky as presumed. For 6 months, audiences have consumed content on mobile or television or a tab. It has become tiring for many. They are missing the theatre experience. In that regard, Tenet is the apt film. Nolan always believes in the big screen experience. And his film has to be seen in theatres; it is meant for a large screen!”

However, there’s a catch. Hollywood films generally don’t release in non 2K cinemas. The source states, “The rule of not releasing in a screen which is not 2K stands. It is a Digital Cinema Initiatives (DCI) rule and it’s strictly followed by all studios for quality purposes and to curb piracy.”

The big question is when will Tenet release in India? There’s no clarity on it as the government has not announced the date when cinemas can finally start showing films again. The source says, “The government has to inform. Once that happens, we’ll discuss with our cinema partners and once they get ready, we’ll announce the release date. On our part, we are completely ready and can’t wait to bring the film to cinemas in India.”