Sonakshi Sinha, Varun Sharma will be coming together in a slice of life entertainer. The film stars an ensemble cast of Annu Kapoor, Kulbhushan Kharbanda and Nadira Babbar in pivotal roles. But, it also marks the debut of rapper Badshah. Now, we hear that Sonakshi, Varun and Badshah are all set to recreate a hit Punjabi number in their film. 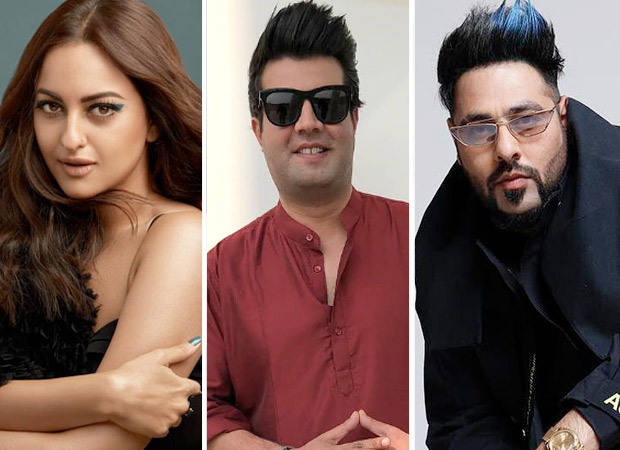 As per the sources, Sonakshi Sinha, Badshah and Varun Sharma will be shooting a promotional song soon. It will be a recreation of a hit Punjabi number. The song will be created by the go-to music composer Tanishk Bagchi. Badshah will be part of of the song as well showcasing his rapping skills again.

Sonakshi confirmed the news, saying, “Yes, Koka is a peppy, foot-tapping number, one of my favourites, and we had a great time shooting it.”

Her co-star added that it has been a pleasure to revisit Jasbir Jassi’s magic, a full-throated Punjabi celebration of Sonakshi’s character, her crazy family and circle of friends. “Tanishk has done a great job with urbanising the folk sound and it’s definitely going to be the new jam this wedding season,” he promised.

Producer Bhushan Kumar adds, “The backdrop is Punjabi and the characters are happy-go-lucky people. They celebrate their happiness in full-on masti and in keeping with the flavour and characters; ‘Koka’ was the apt song to take forward.”

Directed by debutante filmmaker Shilpi Dasgupta, the film is written by Gautam Mehra. Based in Hoshiyarpur (Punjab), Sonakshi plays a happy-go-lucky Punjabi girl who adores her family and will go to any lengths to see them happy even if it means not living her dreams. The film is said to be a no-holds-barred journey of a girl in a hush-hush world. Along with this hilarious journey, this small town girl will be breaking taboos, opening hearts and ultimately, minds. The film is slated to release in the first week of August.

ALSO READ: Sonakshi Sinha’s workout video is going to give you some MAJOR fitness goals