After Anil D. Ambani led Reliance Entertainment and Friday Filmworks’ company, Plan C Studios announced their next film – Chanakya - on the life and teachings of Chanakya (also known as Kautilya), the greatest political thinker, philosopher, economist and royal advisor from ancient Indian history with Ajay Devgn in the title role and directed by the writer, producer, director Neeraj Pandey, there has been no news of the same. Here we give you some exclusive info on the movie, including the fact that Devgn will be seen in a double role in it. He had last played a double role in Prabhu Dheva's Action Jackson (2014). 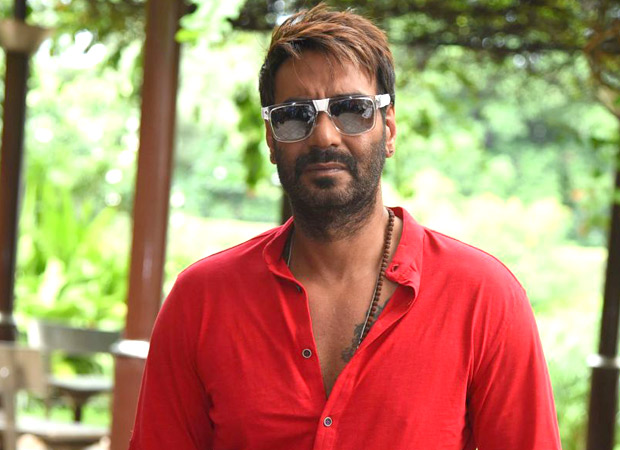 A Bollywood insider tells us, “Chanakya played a key role in the establishment of the dynasty of Chandragupta Maurya but Neeraj Pandey’s Chanakya is not a historical but a modern-day socio-political drama based on the life and teachings of Chanakya (a character who will be played by Devgn). The project is being kept under wraps till the shooting starts from December this year. It will be a start-to-finish schedule as the team wants to release the film by early next year.”

The source spills the beans that Ajay Devgn will be seen in a double role in the film. “It will apparently have Ajay coming twice – once as a shrewd, modern-day socio-economic administrator and again as the historical Chanakya. Whenever the modern-day Chanakya will get into some trouble he will think of the 4th century BCE Indian economist, strategist and political theorist Chanakya – ‘Agar woh Chanakya hota toh woh kya karta?’ And the historical Chanakya (dressed of those times and again played by Devgn himself) will appear in his imagination as if giving him advice and bail him out. Chanakya is said to have written the Arthashastra, an ancient Indian book on statecraft, economic policy and military strategy, written in Sanskrit. Neeraj Pandey’s Chanakya is an interesting blend of modernism and history – something which has not been seen much in Bollywood films. The plot is gripping and the mix of ancient and modern-day politics is fascinating!”

Neeraj who is known for his gritty, realistic, hard-hitting, fast-paced political dramas and the script has been written accordingly. Apparently, his Chanakya is not a biopic. Dr Chandra Prakash Dwivedi has directed (and acted as Chanakya in 1991) earlier a 47-part epic Indian television historical drama which was a fictionalized account of the life and times of the 4th Century administrator.

A few days earlier in a press release Ajay Devgn had commented, “I am truly looking forward to playing Chanakya. I’ve followed Neeraj Pandey’s work closely and I know Neeraj will tell this story with the clarity and passion with which it needs to be told.”

Co-producer Shital Bhatia had added, “Epic characters such as Chanakya have an everlasting sense of mystery and legend around them. We have no doubt that the movie, Chanakya, will be received enthusiastically by modern audiences, providing serious insights into the art of running a state, based on the practical learning and teachings of the greatest master himself – Chanakya. The collaboration between Neeraj Pandey and Ajay Devgn is itself something that fans have been waiting for a long time to see on the big screen.”

Also Read: Confirmed! Ajay Devgn to play football coach in this sports biopic and here are the deets!