Karan Johar, in the year 2012, introduced new faces to Hindi cinema with his film, Student of the Year. Alia Bhatt, Sidharth Malhotra and Varun Dhawan have, since then, managed to make a place for themselves. Six years later, the filmmaker kick-started his next production and will be introducing a new set of actors in his class of 2018. The sequel to the film Student of the Year 2 comprises debutantes Tara Sutaria, Ananya Pandey, and action hero Tiger Shroff. The stage is set as Dharma Productions prepares for yet another millennial love story. Now, the film which was supposed to release on November 23, 2018, has been pushed to 2019. 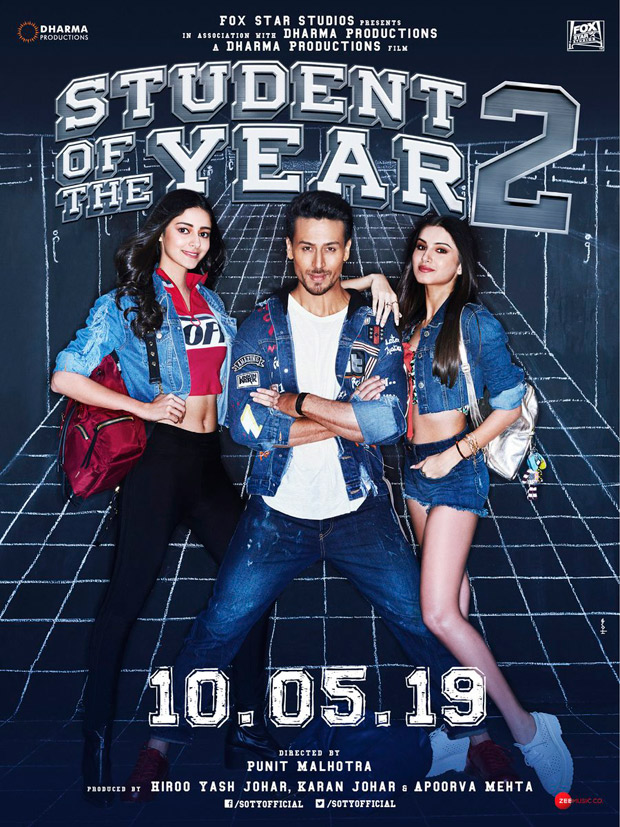 Karan Johar took to his Twitter account to share the news that Student Of The Year 2 will now release in summer 2019. He wrote, “There is a NEW DATE for #SOTY2!!!! The admissions are now in summer 2019!!! Watch this space! @punitdmalhotra @iTIGERSHROFF @DharmaMovies @apoorvamehta18 @foxstarhindi.”

Dharma Productions announced the new release date with a new poster. The film will now hit the big screen on May 10, 2019. The new poster features the three lead actors smiling as they are all set for the summer of 2019. The caption read, "Same place, same game, new date. See you on 10th May, 2019! #SOTY2."

The first schedule of SOTY 2 went on floor earlier this year and they wrapped up second schedule in Mussoorie. The film’s producer Karan Johar’s protégé Punit Malhotra is directing Student of the Year 2. The much-awaited sequel will reportedly have cameo of the original actors but nothing has been confirmed as of yet. With that being said, it seems like the summer of 2019 will be full of excitement.

Also Read: Ishaan Khatter was signed only for Dhadak, never for Student Of The Year 2