Director Yorgos Lanthimos has assembled a star-studded cast for his next film, And, from Searchlight Pictures. The film features Emma Stone, Jesse Plemons, Willem Dafoe and Margaret Qualley in pivotal roles. According to The Hollywood Reporter, the director will helm the film based on a script developed by Element Pictures and Film4 and penned by Lanthimos and Efthimis Filippou. 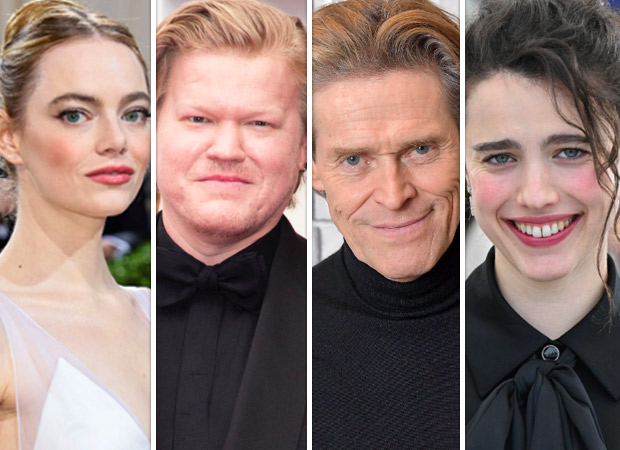 Emma Stone, Jesse Plemons, Willem Dafoe and Margaret Qualley to star in And

The storyline for And remains under wraps, but the film reunites the filmmaker with Element Pictures, Searchlight and Film4 following their collaboration on the Oscar-winning The Favourite and Poor Things, now in postproduction.

Ollie Madden and Daniel Battsek are executive producing for Film4, which co-financed the project. The film begins principal photography in New Orleans in October 2022. “Working with Yorgos continues to be a highlight for us at Searchlight, and this is yet another truly original project that sets his work apart,” Searchlight presidents David Greenbaum and Matthew Greenfield said in statement. Lanthimos also has movie credits like The Killing of a Sacred Deer and Dogtooth.

And marks another collaboration for Lanthimos and Stone, who previously worked together on the Oscar-nominated The Favourite and the upcoming Poor Things. She is also staring in Lanthimos’ upcoming Poor Things, and will next be seen starring in and producing The Curse with Showtime and A24.

Plemons is best known for his performance in Jane Campion’s The Power of the Dog, which earned him an Oscar nomination. He will next be seen starring in Martin Scorsese’s Killers of the Flower Moon alongside Leonardo DiCaprio and Robert De Niro.

Dafoe recently starred in Guillermo Del Toro’s Nightmare Alley, and Wes Anderson’s The French Dispatch. He also reprised his role as the Green Goblin in Spider-Man: No Way Home. Moreover, the Oscar-nominated actor is also attached to star with Stone on Lanthimos’ next Poor Things.

Qualley appeared in Quentin Tarantino’s Once Upon a Time in Hollywood. He is also known for Stars at Noon and the Netflix series Maid. She recently wrapped production on Coralie Fargeat’s The Substance, in which she stars alongside Demi Moore.