It’s official! JP Dutta’s next directorial, after Paltan, won’t be one (as is the filmmaker’s norm) but two – a biopic on Maharaja Ranjit Singh, whose Sikh Empire, ruled the northwest Indian subcontinent in the early half of the 19th century and the other one, a biopic set in Rajasthan. Maharaja Ranjit Singh was popularly known as Sher-e-Punjab or Lion of Punjab. 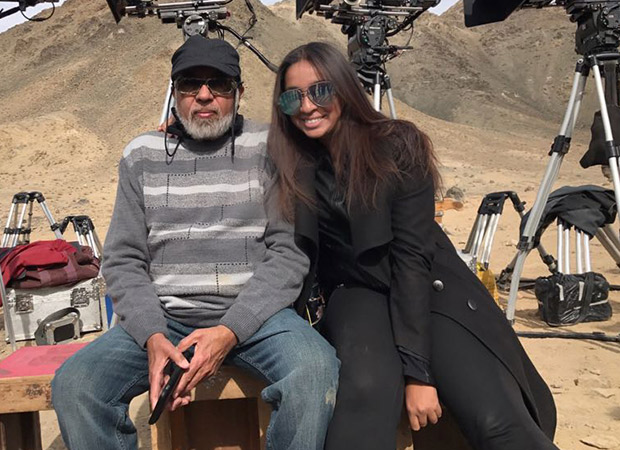 DOUBLE DHAMAKA: Post Paltan, JP Dutta to direct two biopics, including one on the Lion of Punjab, Maharaja Ranjit Singh!

The second movie is a modern-day biopic set in the interiors of Rajasthan and based on a powerful personality of Rajasthan. Buzz is that Harshvardhan Rane, who has a three-film deal with JP Dutta’s production house, has been signed to play the main lead in this film. Dutta will direct both. He returned to directing with Paltan after almost a decade but this time the filmmaker won't be seen taking a break but plunge into both the movies one after the other.

Nidhi says, “The next film after Paltan that my father is directing now is rural-western, action-powerful drama along the lines of Hathyar, Batwara, Ghulami and Kshatriya. He is moving away from his war dramas slightly this time. As my father says, his career has always been defined by the movies he grew up seeing. The first part of his career was westerns, like Ghulami and Batwara which were based in rural India and the second part was about war movies. So the western movie we have planned is a biopic, based on a real-life character who lived in the heartlands of Rajasthan in the 1980s. It’s a start-to-finish movie and we plan to start shooting from November in Rajasthan this year.”

But that’s not the only film that JP Dutta and Nidhi have lined up. Nidhi says, “We are launching two films and the second one is a historical drama based on Maharaja Ranjit Singh, the leader of the Sikh Empire. Once he completes the rural western he goes into his historical period drama from February 2019. Dad is still sticking to the two genres he loves westerns as he calls them and the historical period war film. We are so excited and prep work has begun! My father has a fascination for warriors and it can even be our soldiers or warriors of another era. Maharaja Ranjit Singh is one of the most celebrated warriors of India and his is a story that needs to be told. His Khalsa army and government included Sikhs, Hindus, Muslims and Europeans and his reign included a period of Sikh cultural and artistic renaissance.”

When contacted Harshvardhan Rane said “I am available for JP Films whenever they want me, but yes, my dates have been blocked for sure. I don’t know for which one as sir is starting two movies and I never ask him details. But I have heard talk of one movie starting from end November onwards.”

Besides these two films, they are also working a web series which will be based on India's war heroes from the Army, Navy and Air Force. The casting for all the projects are underway. Reliance Entertainment will partner with JP Films to produce all the three projects.