Aren’t fans thrilled to see the lovely chemistry between Shah Rukh Khan and Salman Khan return to normal? Well, after their much talked about cold war, the two Khans have forgiven and forgotten the same and are currently often seen heaping praises at each other and also making special appearances in each other’s movies. Knowing that our beloved Salman also has fondness for kids, it doesn’t come as a surprise that he would love to pamper his co-actor friend Shah Rukh Khan’s youngest born AbRam Khan. And hence, he also decided to gift the kid something special. 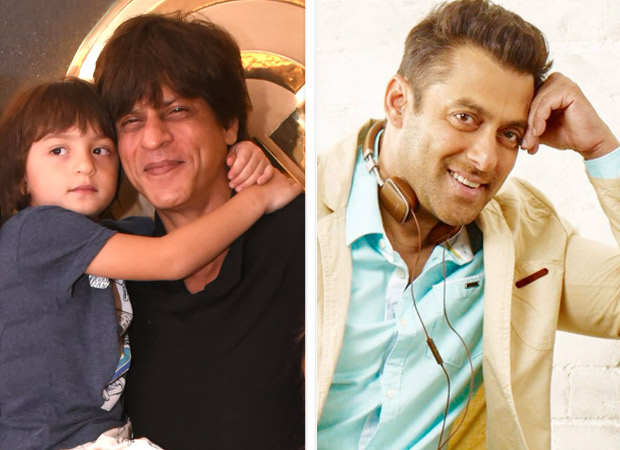 Well, it is a known fact that Shah Rukh Khan came with one of his and Salman’s closest friend Rani Mukerji for the grand finale of Dus Ka Dum. The show hosted by Salman Khan came to an end recently and before the end of it, we got some interesting revelations made by Shah Rukh Khan. The witty actor, who had some interesting topics to speak about, also explained about the most prized possession of his youngest son AbRam Khan which is said to be an e-cycle that was gifted by none other than Salman Khan.

He also elaborated on why the superstar Khan decided to gift his son this unique present. Readers may be aware that Salman Khan loves to ride bicycles and is often spotted riding one, in and around his area in Bandra. The superstar once decided to visit Shah Rukh Khan’s palatial Mannat during one of his bicycle riding sessions. When AbRam spotted the actor in the bicycle, he was fascinated by it. After a few days, Salman ended up surprising the little one with the special customized e-cycle for him. Isn’t this the cutest gesture of Salman for AbRam?

After Dus Ka Dum, Salman Khan has already moved on to his next television venture as a host. The actor recently launched the 12th season of Bigg Boss in Goa with a press conference.

As for Shah Rukh Khan, the actor will next be seen in the Anushka Sharma, Katrina Kaif starrer Zero. The Aanand L. Rai directorial, releasing on December 21, will feature the superstar in the role of a vertically challenged person for the first time.