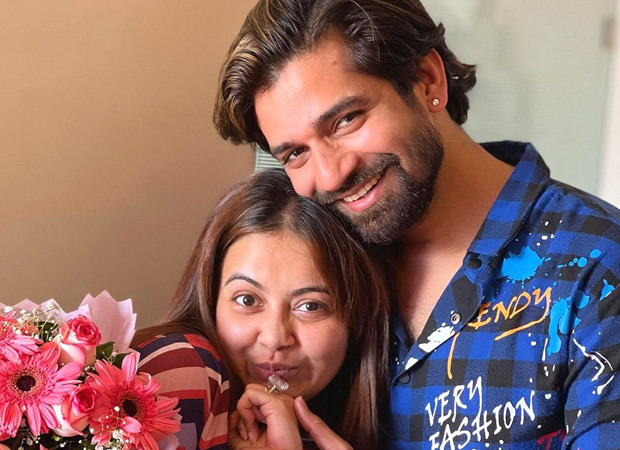 Devoleena and Vishal's relationship rumours were going on for a long time. However, they always remained tight-lipped but neither said denied dating. But today, they decided to give a surprise to their fans as the actress announced the news on their Instagram handle with a special post.

The couple shared a together post in which they shared pictures from their engagement. In the pictures, Devoleena Bhattacharjee was seen wearing her engagement ring. She wore a multi-coloured outfit under her lumbar belt. While Vishal sported a shirt and blue denims. The duo was seen hugging each other as Devoleena flashed her ring and kissed it. In one of the pictures, we can even see Vishal going on his knees and proposing to the actress with a beautiful flower bouquet. Both have shared the same pictures and captioned it as ‘It’s official.”

Meanwhile, Devoleena Bhattacharjee had suffered an injury during a task on Bigg Boss 15 and for the same she underwent surgery post-eviction. The actress has now recovered well and returned back home.