The much awaited and hyped teaser of Rohit Shetty’s Cirkus throws a surprise. Instead of showing a glimpse of the movie, which teasers normally do, this one has its long list of cast speaking about what one can expect from the movie. 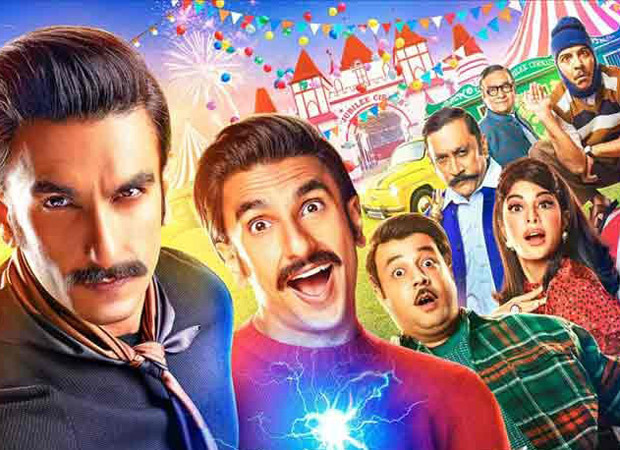 Cirkus teaser: One Rohit Shetty and two Ranveer Singhs succeed in building up excitement for the mad comedy

So we have two Ranveer Singhs and Varun Sharmas, along with Pooja Hegde, Jacqueline Fernandez, Johnny Lever, Sanjay Mishra, Manoj Tiwari, Tiku Talsania, Brijendra Kala, Siddharth Jadhav and Ashwini Kalsekar highlighting that the film is based in the 1960s when there was no internet and social media.

However, despite providing info about the film, the teaser of Cirkus, as expected from a Shetty comedy, is also filled with humour. The joke on Panvel and Johnny Lever being called Malinga are noteworthy moments.

Cirkus is adapted from William Shakespeare’s classic story The Comedy Of Errors. It’s the story of two set of twins who get interchanged during childhood and how this leads to chaos when they grow up.

Cirkus is Ranveer’s second full-fledged role in a movie directed by Shetty after Simmba. He played a cameo, along with Ajay Devgn, in the filmmaker’s last outing Sooryavanshi.

Produced by Bhushan Kumar’s T-Series and Rohit Shetty Productionz, the keenly awaited trailer of Cirkus will drop on December 2, while the film will be released during the Christmas period on December 23.