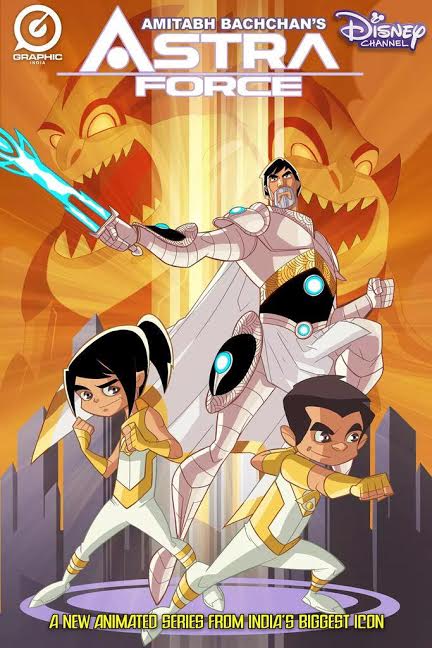 After having starred in several action films, megastar Amitabh Bachchan has now ventured into animation series and will be showing some incredible action scenes. Amitabh Bachchan will now be seen in an upcoming superhero animated series named ‘Astra Force’ on Disney India channel.

Disney Channel and Graphic India have joined hands for ‘Astra Force’, in which Amitabh Bachchan has lent his voice to the mythical hero named ‘Astra The Immortal’. It is a story about how Astra meets the two eight-year-old twins, Neal and Tara as they combine forces to save the universe from a new wave of giant monsters and super villains determined to rule the galaxy. ‘Astra Force’ is described as a fast-paced action adventure and funny series, which starts on November 28.