Amid protests in The United States Of America and many parts of the world, celebrities are standing in solidarity with the Black community and speaking up against police brutality and violence against the community. With many celebrities making donations to several fundraisers and raising awareness, South Korean superstars BTS have not only spoken up but have made a massive donation of $1 million to Black Lives Matter fund along with their parent company Big Hit Entertainment, as reported by Variety. 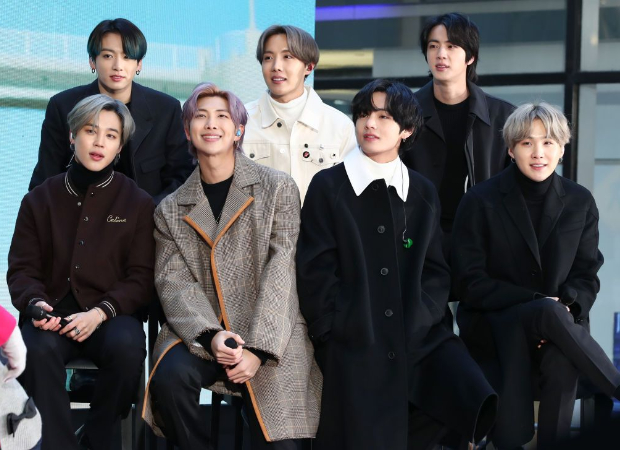 Black Lives Matter fund's goal is to end state-sanctioned violence, liberate Black people, and end white supremacy forever. While BTS and Big Hit Entertainment did not comment on their donation, Variety spoke to Kailee Scales, managing director for Black Lives Matter and she said, “Black people all over the world are in pain at this moment from the trauma of centuries of oppression. We are moved by the generosity of BTS and allies all over the world who stand in solidarity in the fight for Black lives.”

After BTS' donation, their fandom - known as ARMY, an acronym for Adorable Representative MC For Youth, kick-started their own initiative to take the donations further in order to match the group's donation. The wave of donations may have surprised people but the fans have actively donated to various charities in the past too. In just a day, they have crossed the mark of $1 million already and counting. The fandom is known to be involved in activism and philanthropic work just like BTS. The fans don't plan to stop the campaign and are raising money in order to help more.

Fans of the Korean group BTS are no strangers to fundraising. Since 2015 BTS fans (known by the official fanclub name of A.R.M.Y) have organized over 634 fundraisers globally. Given the diversity of the ARMY and their oft-expressed strong desire to always help others, it's unsurprising that ARMY wanted to support the Black Lives Matter movement. One In An ARMY, the fan club that organizes charity projects, have no current plans to end the Black Lives Matter fundraiser and have given it a permanent page on their website. “Black Lives Matter isn’t something that has a time limit. It’s a belief everyone needs to carry in their everyday lives,” said the spokesperson in a statement. “Our current campaign is actually something we planned for four months in collaboration with dozens of other BTS fanbases to celebrate BTS’ seven-year anniversary. The campaign is still ongoing and supports COVID-19 relief efforts around the world. But we’re happy to help ARMY organize and support the Black Lives Matter movement. We stand in solidarity with black ARMY. They’re an important part of our family. And we stand with black people everywhere. Your voices deserve to be heard.”

Hi ARMY! We will be tracking donations for #MatchAMillion as requested????

If you are unsure where to donate to, we have compiled a carrd with orgs here (please read rest of thread for more details ⬇️)https://t.co/6Ms3CdCZnA@BTS_twt

It's really amazing to see so many of you coming together to support #BlackLivesMatter. Thank you so much to everyone who donated, shared, used the hastag and helped by any means to make this possible! pic.twitter.com/FqUNfsWsIz

Here's how Indian Fans can donate:

Indian ARMYs if you do not have PayPal account, there is an option to pay via visa/MasterCard as well. Make sure international transactions is enabled to be able to donate using your card.#MatchAMillion @BTS_twt

On June 4, BTS stood in solidarity with the community and wrote, "We stand against racial discrimination. We condemn violence. You, I and we all have the right to be respected. We will stand together. #BlackLivesMatter."

We stand against racial discrimination.
We condemn violence.
You, I and we all have the right to be respected. We will stand together.#BlackLivesMatter

On June 7, the septet is set to feature and perform during Dear Class of 2020 special for the virtual graduation ceremony.