Varun Dhawan started his career with a bang ten years ago, with Student Of The Year (2012). He had an envious track record as he delivered hits in a row. A couple of his films then flopped this year. However, he sprang back with JugJugg Jeeyo. And now, he’s all set to end the year on a high with Bhediya. Though the film’s release is two months away, his fans are in for a treat next week. 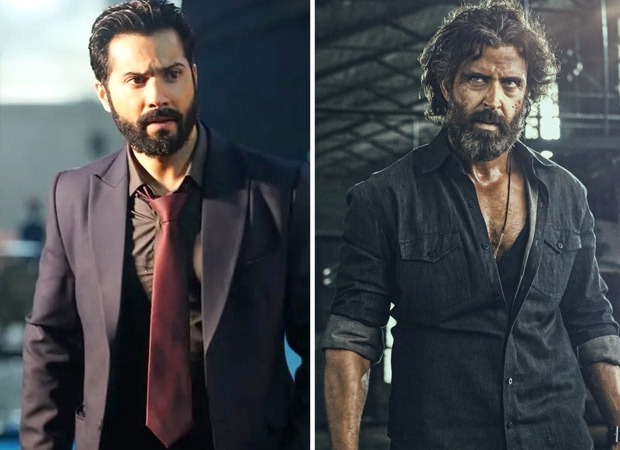 BREAKING: Teaser of Varun Dhawan-starrer Bhediya to be attached with the prints of Hrithik Roshan-starrer Vikram Vedha

An exhibition source told Bollywood Hungama, “The teaser of Bhediya will be attached with the prints of Vikram Vedha, which will hit cinemas on September 30. All multiplexes have got the intimation today about it and have been asked to schedule the shows accordingly. Vikram Vedha is expected to record huge footfalls. The makers of Bhediya will be at an advantage as they’ll get a chance to exhibit their VFX-heavy and big-scale film to the moviegoers on the big screen.”

The source further said, “Since the teaser will be shown on the big screen next Friday, it is expected to be out on digital sometime mid-week. The industry has strong hopes for it as the announcement teaser, which was unveiled last year with Roohi (2021), was well-received. Moreover, it also belongs to the same universe as Stree (2018) and this will further up the hype for Bhediya.”

Besides Varun Dhawan, Bhediya also stars Kriti Sanon. It is directed by Amar Kaushik of Stree and Bala (2019) fame and is backed by Dinesh Vijan’s Maddock Films and Jio Studios. It will be released in cinemas on November 25 this year.

As for Vikram Vedha, the action thriller also stars Saif Ali Khan, Radhika Apte and Rohit Saraf and is directed by Pushkar-Gayatri. They were also the directors of the 2017 original Tamil film of the same name.