Director Rohit Shetty is all set to go all guns blazing with his production house Rohit Shetty Picturez. The latest announcement from his production house is that he is set to helm an action comedy next and has signed none other than Farah Khan to direct the same. Farah is known for her commercial money spinners: Main Hoon Na, Om Shanti Om, Happy New Year, among others and it will be exciting to see her return to a familiar place. The film will be well mounted and a larger than life spectacle for their fans. Farah has claimed that the movie is set to be the mother of ALL the entertainers and she just can’t wait to start shooting for this one. 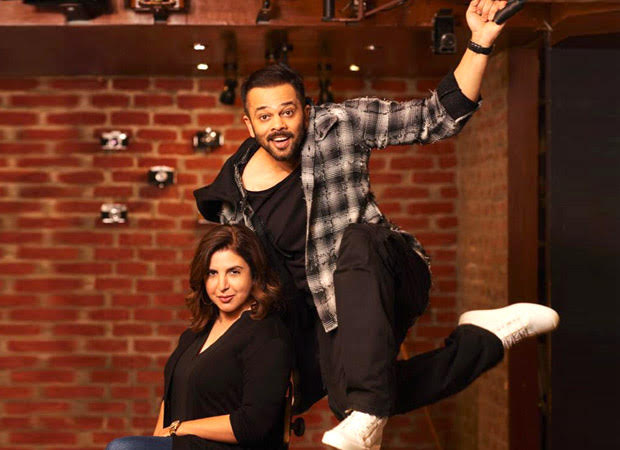 Talking about her excitement for the venture Farah Khan said, "Sometimes the Universe just conspires to give you what you didn’t even imagine…Together with Rohit, Who I genuinely love as a brother and whose work ethic I respect and share, I can only promise a ‘Mother of all Entertainers’! Can't wait to say “Roll Camera” for this one!!" Later talking about Farah coming on board to direct, Rohit Shetty added, “It’s a privilege for my production company to have Farah on board to direct a film for us as she is extremely talented and hard working. It will definitely be a wonderful association. I can’t wait to start work with this extremely talented powerhouse. Looking forward."

Although these details are out, there is nothing reported on the star cast of this comic caper. We are keen to find out about the same since it has been a while since Farah has directed a project. Rohit’s last film was Simmba which was a joint venture with Dharma Productions. The film broke records and ended 2018 with a BANG.

It is interesting to note that apart from films, Rohit is also dabbling into the digital space. His production house is set to come up with a kiddie, animated version of their fit franchise, Singham, on Discovery Kids. His next film is Sooryavanshi starring Akshay Kumar and it belongs to the Singham – Simmba universe. Stay tuned for more details.

Also Read: Akshay Kumar’s Sooryavanshi is NOT a remake of a Tamil film (Read official statement)