As a first for India, the advance booking opened a month prior to its release date! Benedict Cumberbatch and Elizabeth Olsen starrer Doctor Strange in The Multiverse of Madness in theatres in English, Hindi, Tamil, Telugu, Kannada, and Malayalam on May 6, 2022. With every box office record being broken, there is a Marvel film always attached to it and this time yet again with Doctor Strange in the Multiverse of Madness, a new record seems to have taken place. The sequel to Doctor Strange is off to a great start collecting over Rs. 10 crore plus since the advance opened in India and with 10 more days remaining to its release. 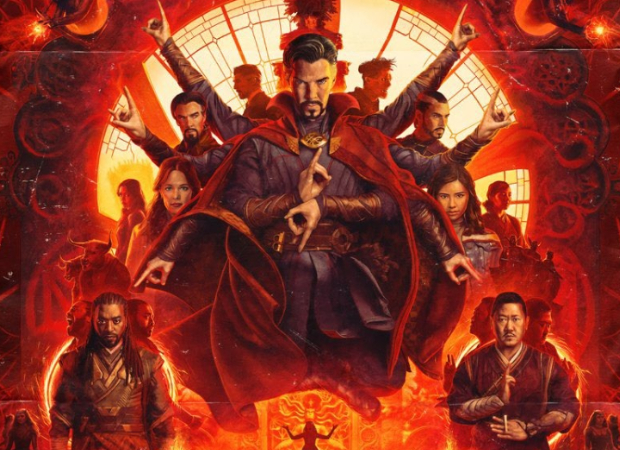 Marvel Studios’ Doctor Strange in the Multiverse of Madness has been one of the most anticipated cinematic events of 2022. The big-ticket entertainer has already hooked the audiences with its bumper advance bookings 30 days before release- making this the first-ever such advance for any Hollywood release!

As the film gears up for its massive release next week, the early trend in the numbers showcases an encouraging sign for a big blockbuster start. Kamal Gianchandani- CEO - of PVR Pictures, shares, “Marvel films have always created magic on the Indian box office and a month advance opening has been a very strategic move from the studio. There has been a massive response on the advance booking and with the increasing demand from the fans, we are expecting all the shows across India to go house full very soon."

Devang Sampat, CEO of Cinepolis, says, "Marvel movies enjoy a great fan following in India and this movie has also seen a tremendous response. The high pre-sale record was last seen in Avengers: Endgame and with such crazy fandom across the nation, we can see yet another Marvel blockbuster coming at Cinépolis India 400 screens."

Rajender Singh Jyala, Chief Programming Officer at INOX Leisure added, "Metro Cities have always been the Marvel fanatics but this time with Doctor Strange what surprises us is that we have got a phenomenal response from Tier 2 markets as well. This indeed shows the reach that Marvel films and characters have created over the years. We are delighted that the advance booking numbers are phenomenal across the INOX cinemas, and the film is all set to open with big numbers."

Doctor Strange in The Multiverse of Madness in theatres in English, Hindi, Tamil, Telugu, Kannada, and Malayalam on May 6, 2022.

ALSO READ: Doctor Strange in The Multiverse of Madness theatrical release banned in Saudi Arabia over inclusion of queer character