Shah Rukh Khan's son Aryan Khan continues to remain in the headlines. He was arrested in connection to drugs seized on a cruise by the Narcotics Control Bureau. It's been a few weeks since he was arrested along with 8 others who were on the ship. On October 20, the special NDPS court rejected Aryan Khan's bail plea following which he reached High Court to file a bail application. Bombay High Court will hear his bail plea on October 26. Former Attorney General of India Mukul Rohatgi will represent Khan in the court today. Ahead of the bail plea hearing, the WhatApp chats between Aryan Khan and Ananya Panday have been leaked. 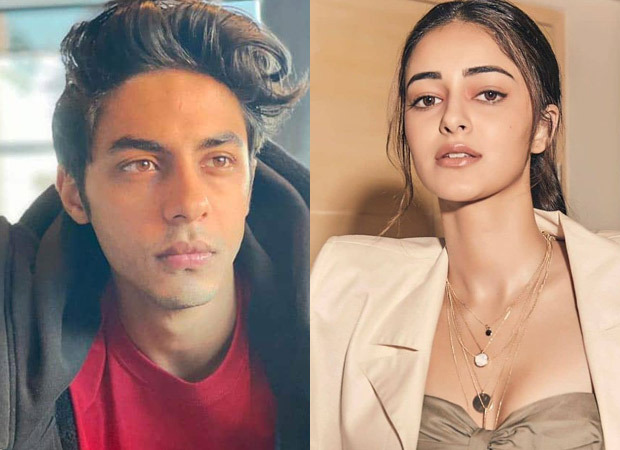 According to the chats accessed by India Today, the two star kids allegedly talked about allegedly procuring drugs including weed. The report states, "In the WhatsApp chats, Aryan Khan talks about buying drugs in bulk from one Achit Kumar. Aryan Khan had ordered drugs (weed) worth Rs 80,000 from Achit Kumar. The WhatsApp data recovered from Aryan Khan’s phone also shows group chats on drugs with two others. NCB also has access to Aryan Khan’s chats with three other celebrity kids apart from Ananya Panday."

Ananya Panday: it's in Demand

Aryan: I will take it from you in secret

The second chat between the two from the same date reveals:

Ananya: now that I am in the business

Aryan: you brought the weed?

Ananya: I am getting it

In another chat dated 18 May 2021, Aryan Khan chatted with two of his friends about cocaine and joked about NCB.

Ananya Panday was asked to appear before the Narcotics Control Bureau (NCB) on Monday, October 25. She was earlier questioned by the agency on October 21 and 23 for a total of six hours. However, she skipped the third summon on October 25. According to reports, Ananya informed the agency that she won't be able to appear for questioning due to personal reasons. The actor has sought some time from the agency.

According to the earlier reports, NCB showed Ananya her chats with Aryan Khan where the latter asked her if arrangements for drugs could be made. To this, Ananya reportedly replied, "I will raise" the matter. When asked about the chat, Ananya said that she was just joking with Aryan. The NCB claimed that the two regularly talked about drugs on chat. According to reports, Ananya said that she is not a supplier and does not know that weed and ganja are the same. She said that her friends would call it a joint and she has once or twice taken a puff at get-togethers".

"The chats recovered from Aryan Khan's mobile phone reveal that in the year 2018-19, she helped supply drugs to Aryan thrice by providing him the numbers of drug dealers," NCB sources told ANI.