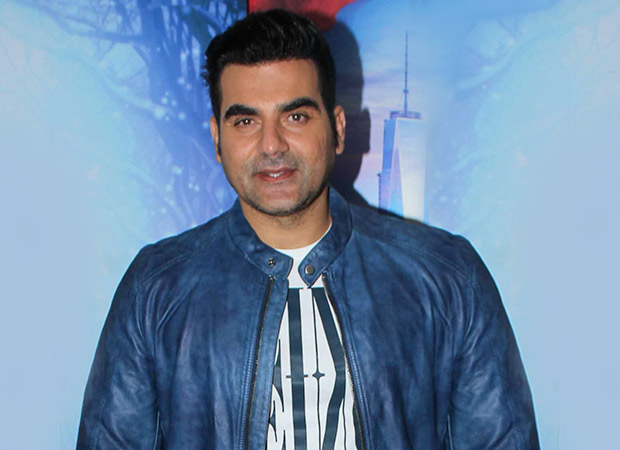 Arbaaz Khan is considered as a decent actor but his acting career never took off like brother Salman Khan’s. But he got a new standing in Bollywood after he turned producer with Dabangg in 2010. The film created instant craze as soon as its trailer was out and took an earth-shattering opening. It emerged as one of the biggest hits of that year and even today, is fondly remembered as a film that took Salman Khan’s stardom to another level.

Motivated by Dabangg’s success, Dabangg 2 was released in 2012 that was not just produced but even directed by Arbaaz Khan. It also turned out to be a blockbuster. Ever since, fans have been constantly asking for the third part of this successful franchise. As expected, Arbaaz Khan, at the trailer launch of Tera Intezaar, was asked to comment if there’s any update on Dabangg 3. What he said is going to make Salman Khan fans very happy. He said, “I have already started working on the script of Dabangg 3 and hopefully by the middle of the next year, we are going to start shooting.”

If Dabangg 3 indeed goes on floors next year, it remains to be seen when it will release. Eid 2019 can be ruled out as just a few days ago, producer Atul Agnihotri announced that his film Bharat, starring Salman Khan, will be out during that time. Will Dabangg 3 be then released on Diwali or Christmas 2019? Let’s wait and watch.

Dabangg was also a big success thanks to its item number ‘Munni Badnaam Hui’, performed beautifully by Malaika Arora. A mediaperson asked if his Tera Intezaar co-star Sunny Leone can be seen getting into Munni’s shoes in Dabangg 3. To which Arbaaz replied, “She can be the next Munni. Why not? She can create something different actually. Why Munni? Like how we had ‘Fevicol’ in Dabangg 2 with Kareena Kapoor Khan, we can think of something for her as well.”