For my money and time, Nagesh Kukunoor’s City Of Dreams which streamed in 2019 was among the finest most sophisticated political dramas seen on the streaming platform. Those including yours truly, waiting for Season of 2 of this gripping family saga need not wait anymore. Disney+ Hotstar and Applause Entertainment show, and Nagesh Kukunoor return with another season of the series City of Dreams, showcasing how a determined and fearless Poornima (Priya Bapat) ’s fight against patriarchy continues as she locks horns with her father (Atul Kulkarni) to gain control over the Chief Minister position. 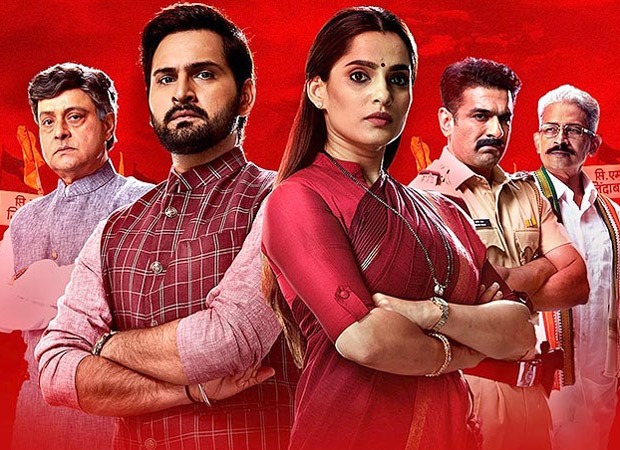 The show is produced by Applause Entertainment in association with Kukunoor Movies. Sameer Nair CEO of Applause Entertainment says, “Covid and lockdown related issues delayed production but we are super excited to present Season 2 of our favourite political drama ‘City Of Dreams’. The stakes are higher this season as Daughter is pitted against Father in a fight to the finish. With many new characters, twists and turns, Nagesh brings alive the world of the Gaikwads with his signature storytelling style.”

Actor Priya Bapat says, “Poornima Gaikwad is inspiring and admirable, and it has been heartening to see how the character has appealed to audiences, especially women who found her empowering. In the second season, audiences will see an even more daring, grittier, and determined Poornima whose political ambitions take precedence over anything else. I am very proud to be essaying such a strong female role who drives the narrative of the show, shatters stereotypes, and fights against all odds to strive in a male-dominated world. I hope viewers relate to her and the unwavering commitment she exhibits in City of Dreams Season 2, as she continues to stand up for herself and what she deserves.”

Adds the admirable Atul Kulkarni said, “Ameya Rao Gaikwad is a special character for me and I am delighted that audiences get to see more of him, and his story. There’s an almost sinister quality to him which makes his desire and resolve to hold a position of power is stronger than his sense of family bonds. If the brother-sister battle for politics in season-1 was shrewd, then the father vs daughter tussle in City of Dreams Season 2 is going to be doubly intense.

Director Nagesh Kukunoor now in the US feels, “It was overwhelming to see the appreciation that City of Dreams Season 1 received, and how viewers got invested in the life of the characters. As the story of the political power battle in the Gaikwad family goes forward, I hope that we can live up to the audience's expectations! It’s going to get murkier and personal, and the fight for power is going to destroy many households.”