Some songs make you jump in joy, others make you rush to the dance floor, but very few melodies dive directly into the bottom of our hearts and never let go, Mimi’s next track is that kind of a tune. 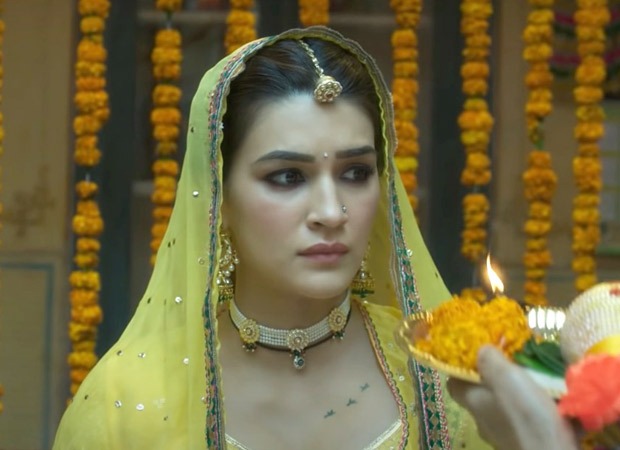 Soft, soulful, and sensitive, Mimi’s next track sees A. R. Rahman at his best!

Laced with a moody and melancholic charm, Rihaayi De grows on you beat by beat, as A. R. Rahman’s surreal vocals glide over his captivating music. While the film’s trailer showcased a peppy, feisty and spunky Kriti Sanon, we meet her human and vulnerable side in this track. As loved ones attempt to cheer the to-be mother, we see that something is tearing Kriti apart even though she tries to put up a brave face.

Composed by A. R. Rahman and also crooned by the legend himself, the song features hauntingly touching lyrics by Amitabh Bhattacharya.

Why is Mimi distraught? What is she hiding? What happens next? The 30th of July will give us answers.

ALSO READ: Kriti Sanon on Mimi transformation, “It made more sense to not take up any other project during the shoot”