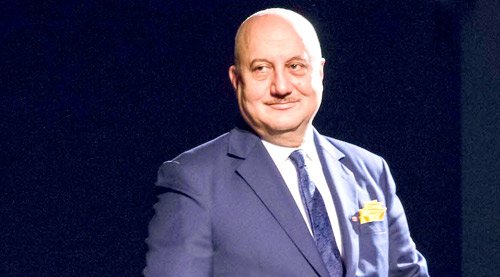 After having hosted TV shows like Kucch Bhi Ho Sakta Hai and Sawaal Dus Crore Ka, the legendary Anupam Kher will be back on the small screen. This time round, he will be seen hosting a TV show titled Bharatvarsh. The said show will be highlighting stories about important people behind the formation and evolution of India and will be a journey of sorts from ancient India to the 19th century. The show will also showcase the life stories of some major figures who had a defining impact on India's development.

Speaking about the show, Anupam Kher said, "It a great concept. It's really important to project the people from India who have contributed to the greatness of the country. The concept of the whole show is extremely engaging and interesting. The show will be immensely liked by everyone, including the youth of today. When you see all of this in a visual medium, it is very entertaining and interesting.

'Bharatvarsh' will be airing on ABP news channel every Saturday starting August 20.