Amitabh Bachchan is foraying into Marathi cinema with AB Aani CD and will star alongside veteran actor Vikram Gokhale. The first poster is already out of the film. Since Marathi films don’t have lavish budgets, keeping that in mind, Amitabh chose to wear outfits from his personal wardrobe to avoid stressing out the makers of the film. 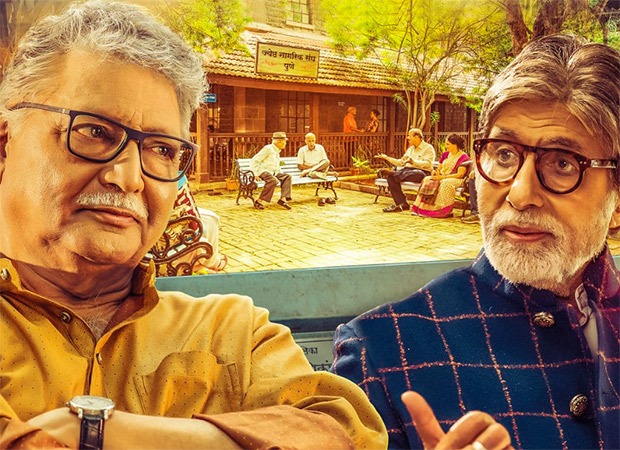 Producer Akshay Bardapurkar revealed that when they asked the megastar when they could send someone for the measurements, he said that Big B said not to worry and that he will bring his own costumes. On the day of the shoot, the actor came along with 20 outfits that were kept in his vanity van and asked the team to select the ones that are apt for the shoot. The producer said that the actor knew Marathi films have modest budgets and he helped tremendously with his gesture.

Akshay Bardapurkar also revealed that Amitabh Bachchan had wrapped up his portions in November 2019 and allocated dates for dubbing. The producer said that the megastar could have easily given a NOC to get his portions dubbed by a Marathi artiste. But, the actor chose to do it himself. He further revealed that Big B has a stronghold on the language too and would ask the Director of Photography after every scene if everything was going fine. If the DOP would be hesitant and request him to do it one more time, the actor would oblige.