Ranveer Singh is on seventh heaven with the smash hit success of Gully Boy. His portrayal of underground music scene in Mumbai through his character, Murad, inspired by real life rappers, was appreciated by both his fans and critics. Ranveer rapped most songs from the film and therefore set a trend in the industry. This seems to have inspired Sujoy Ghosh too! From what we hear, Amitabh Bachchan is all set to rap his way to our hearts with Badla. The megastar is set to record for a song called Aukaat which sets us in mood for the film. The makers claim that this promotional track will appear at the start of the credits and will mirror the angst in society. Amitabh’s signature voice has given the song another dimension, revealed the makers. 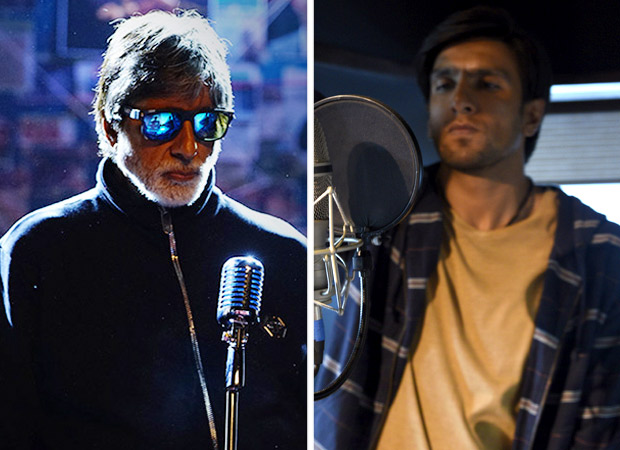 Amitabh Bachchan is reuniting with his Pink co-star Taapsee Pannu for Badla and the trailer has already generated some amaze buzz for the flick. The makers are not leaving any stone unturned to promote the movie. Shah Rukh Khan, who is one of the producers of the film is teaming up with Amitabh to shoot a conversational video.

Amitabh’s last film was Thugs Of Hindostan with Aamir Khan, Fatima Sana Shaikh, Katrina Kaif. Though positioned as a well mounted movie, it was a debacle at the box office. His next is Brahmastra with Ranbir Kapoor and Alia Bhatt. The Ayan Mukerji directorial is a superhero love story.