Akshay Kumar has slammed Richa Chadha for her controversial ‘Galwan tweet.’ The actor shared the image of her now deleted tweet and wrote, “Hurts to see this. Nothing ever should make us ungrateful towards our armed forces. Woh hain toh aaj hum hain.” 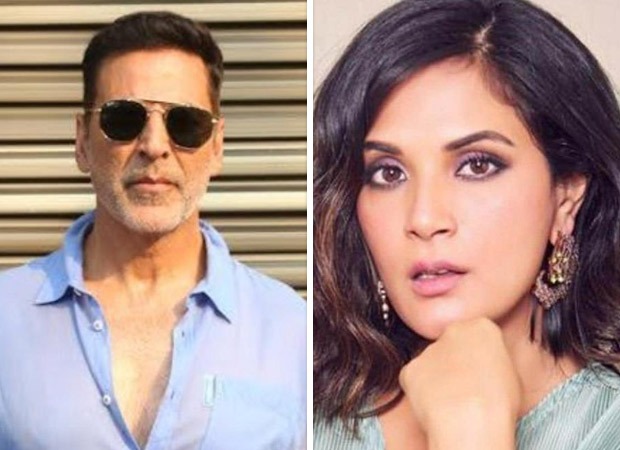 The tweet, as expected, has gone viral in no time with a lot of Twitter users praising Akshay for taking a stand against a member of his own fraternity.

The whole story started when the Northern Army Commander Lt. General Upendra Dwivedi announced that the Indian Army, if given orders by the government of India, is ready to reclaim Pakistan occupied Kashmir (PoK).

Following this, Richa quoted the news on Twitter and wrote, “Galwan says hi.” This was an indirect dig at the disputed Galwan territory between India and China. This was enough to create a controversy as a large number of netizens started slamming the actress for allegedly targeting the Indian army.

Earlier in the day, Richa, after realizing the controversial impact of her tweet, deleted the post and later apologized in case her words hurt the sentiments of the people of India.