Akshay Kumar is currently gearing up for the release of his upcoming film Bachchhan Paandey. The actor is leaving no stone unturned to promote his film which will be hitting the theatres on March 18. The film directed by Farhad Samji also stars Kriti Sanon, Jacqueline Fernandez, Arshad Warsi, and Pankaj Tripathi. On Saturday morning, Akshay flagged off the Bachchhan Paandey truck which will be travelling across Indian cities. 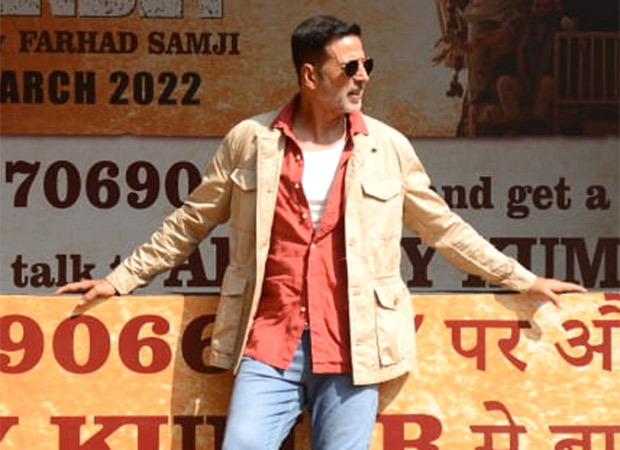 Named the Bachchhan Paandey Ki Sawaari, the truck will be travelling across cities starting from Mumbai to Delhi. The truck was flagged off from Sun N Sand Hotel in Juhu, Mumbai on Saturday at 9.30 am by Akshay Kumar. The orange colour truck had the film's name in bold and also has a call to action number through which a few lucky people will get the chance to converse with the lead actor. 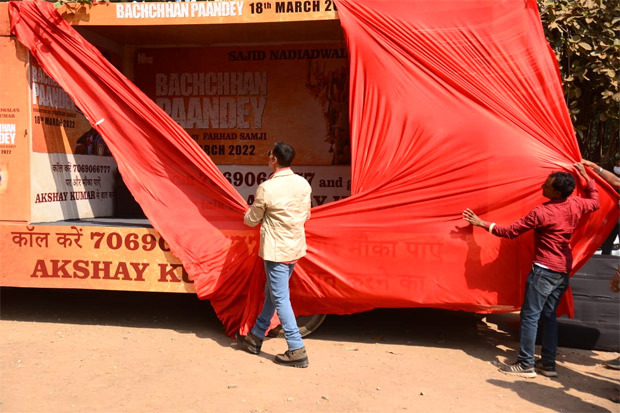 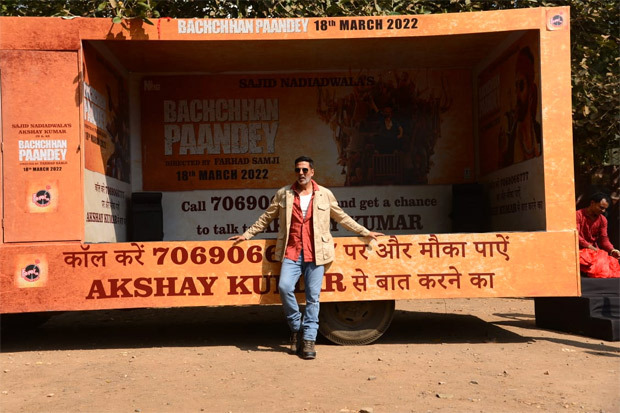 Since Akshay’s character in the movie is seen riding a truck and that forms the film's major highlight, the makers had planned a one-of-its-kind road trip in a truck that commenced its journey from Sun-N-Sand hotel in Juhu (Mumbai) and while traveling to different cities including Gujarat, Jaipur, Gurugram - Film City, Dargah Bazar, and Sohna Road, Bachchhan Paandey’s sawaari will be spotted at various destinations from 12th March to 15th March.

Speaking more about the truck Akshay said, "It is a ‘Bachchhan Paandey Ki Sawari’. This truck will go to Surat then Ahemdabad, then Udaipur, then Indore then Ajmer, and lastly Gurugram. By dialing, the number which is printed on this truck you will get a chance to connect with me, rest all the things you will get to see in the film".

Get ready for 'Holi Pe Goli' as Nadiadwala Grandson Entertainment’s Bachchhan Paandey is all set to release in cinemas on 18th March, 2022.