Do you remember howb the song ‘Aankh Maare’ created a rage in the 90s? Well, gear up for another round of this Arshad Warsi - Simran song but this time with a twist. Tanishk Bagchi, who has composed the new versions of ‘Humma Humma’ and ‘Tu Cheez Badi’ from the 90s, will also recreate this number for Simmba. And it will feature none other than Ranveer Singh and Sara Ali Khan. 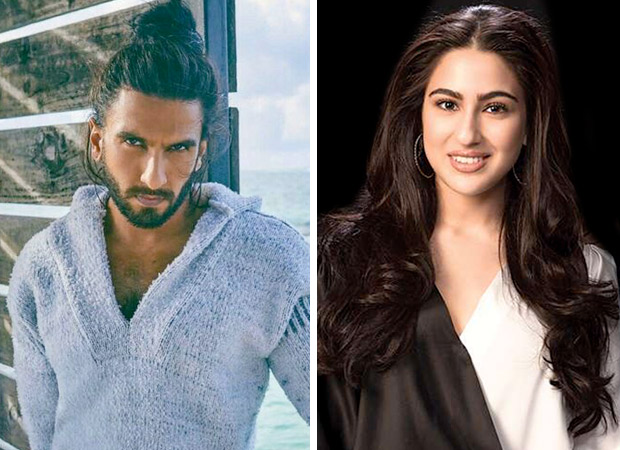 90s movie buffs wouldn’t take a second to guess that ‘Aankh Maare’ is from the film, Tere Mere Sapne. They would also recall the song which had Arshad dancing in a taxi driver’s uniform whereas Simran is seen in a glamorous role as the daughter of a businessman. The film, that also features Chandrachur Singh and Priya Gill in lead roles, had Arshad Warsi and South actress Simran as parallel leads.

As for the song, it was originally sung by Kavita Krishnamurthy and Kumar Sanu. The singers who will sing for the recreated version are yet to be finalized. Talking about the video for ‘Aankh Maare’, the remake, it seems it will retain the peppy essence of the original. In this song, reports have it that one will see Ranveer Singh and Sara Ali Khan in flirty mood as they would be teasing each other.

The song will also be modified according to the taste of Gen Y, however, it is being said that filmmaker Rohit Shetty wants the fun elements to be intact. If reports are to be believed, the makers are keen on bringing choreographer Ganesh Acharya on board for it.

Also, considering that the Simmba team has kicked off their schedule in Hyderabad, the said song too may be shot in the picturesque city. On the other hand, speaking on the film, it is said to star Sonu Sood, Ashutosh Rana amongst others. The film, which is a remake of the South blockbuster Temper, will feature Ranveer Singh as a cop.

Also Read: SIMMBA: Ranveer Singh shows off his beefy muscles as he preps in Hyderabad