Ranveer Singh is one of the most prominent actors of today’s generation. From his Bittoo Sharma days to Sultan Alauddin Khilji, the actor has undergone an insane transformation for the films. The actor is currently shooting for his next film Simmba which will be helmed by Rohit Shetty. For the film, Ranveer has beefed up for his cop look and his gym pictures prove it will look huge in the film. 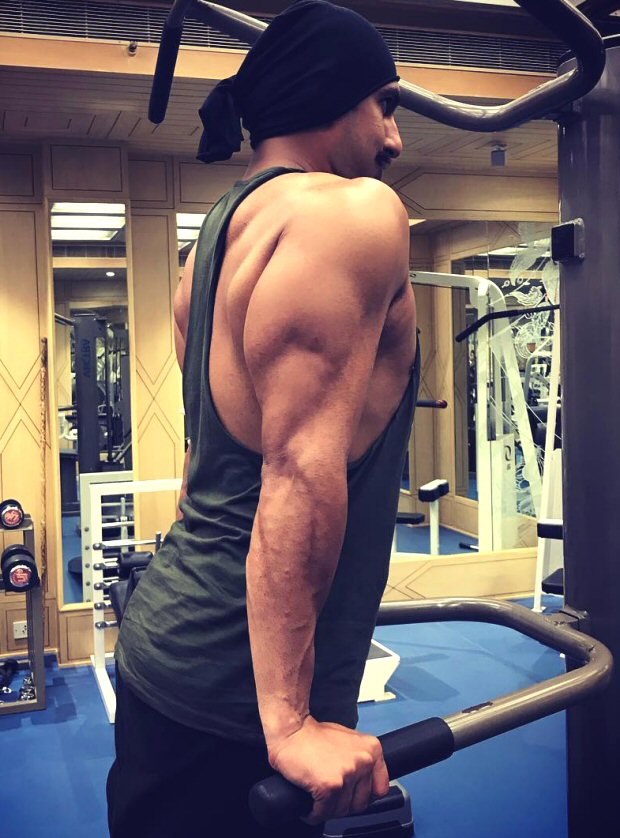 For the role of a quirky cop Sangram Bhalerao in Simmba, Ranveer Singh has been working out and sweating it out in the gym. Just a day ago, Ranveer's trainer Lloyd Stevens shared a photograph from the gym while the actor was doing his muscle training. He captioned the image, "Safe to say Inspector #Simmba is putting on some decent muscle mass ????????????????‍♂ @ranveersingh #badass #cop." Ranveer Singh began shooting for the film earlier this month in Ramoji Film City, Hyderabad. Sara Ali Khan and Sonu Sood have also joined the shooting schedule.

On the work front, Ranveer Singh starrer Simmba will feature Sara Ali Khan in the lead. The film, helmed by Rohit Shetty, is set for December 28, 2018 release. Ranveer will be next seen in Zoya Akhtar’s Gully Boy. The film stars Alia Bhatt in the lead and is slated to release on February 14, 2019. He also has signed Kabir Khan's next directorial, '83 which is a biopic on Indian Cricket Team's first World Cup win. He will be essaying the role of former Indian Captain Kapil Dev.

Sonu Sood speaks on scholarships for…

Asim Riaz says, "No day offs", as he flaunts…