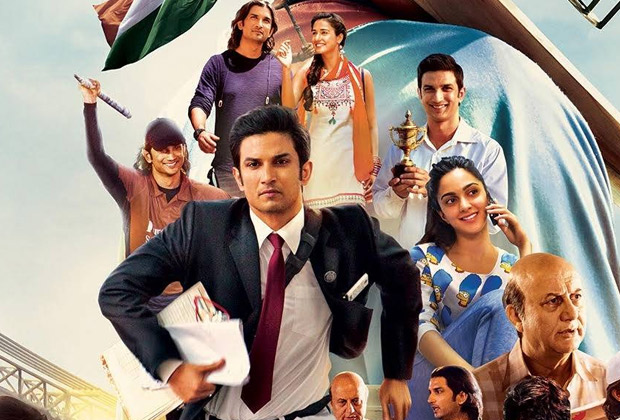 Neeraj Pandey directed M.S. Dhoni - The Untold Story has managed to do the unthinkable. In its first week, the film has collected Rs. 94.13 crore at the Box Office. With this, it has managed to score the second highest Week One of 2016. Honestly, despite all the hype surrounding the film before its release, one wouldn't have expected such numbers to come in. However, the fact that the film has succeeded in doing that tells stories around how audiences have lapped up to the biopic in play.

The film is next only to Salman Khan's Sultan (which was in an altogether different league altogether) and has left behind the Week One collections of Rustom [Rs. 90.9 crore], Airlift [Rs. 83.5 crore] and Housefull 3 [Rs. 80.1 crore].

Made at a budget of Rs. 84 crore (plus Marketing), the film had already recovered Rs. 60 crore before release. This was due to satellite and music rights going for Rs. 45 crore and in-film revenue generating further Rs. 15 crore. With the film doing well in India as well as overseas, there are further profits coming in for Fox, hence lending it the status of being a solid Hit.

Another film in the running is Pink and that is also a Superhit. The film managed to hold on decently in its third week despite competition as big as M.S. Dhoni - The Untold Story. With collections to the tune of Rs. 63.45 crore, the film has exceeded expectations already. The film's shows have reduced drastically due to two major films in town, both of which are vying for attention in multiplexes. Still, it has done its job and would maintain its status of being the 11th highest grosser of 2016 for a while now.