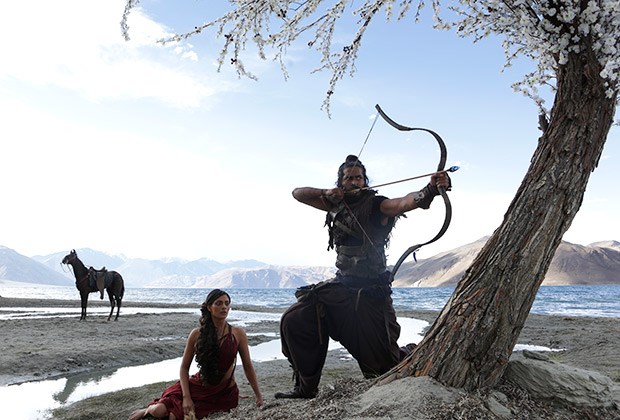 2016 has been a terrible year when it comes to films starring debutants making a mark at the Box Office. In fact the best of the lot has been Sanam Teri Kasam [Harshvardhan Rane, Mawra Hocane] which did Rs. 9.15 crore in its lifetime run. Otherwise, practically all other films with a new leading man and lady have sunk without a trace.

This makes the release of Mirzya all the more important since it is the first and only high profile all-debutant affair that is releasing in 2016!

The Rakeysh Omprakash Mehra directed film has been in news ever since it was announced. After all, Harshvardhan Kapoor and Saiyami Kher are expected to step in as youngsters who have it in them to take forward the legacy of Bollywood. The makers have left no stones unturned to make it a lavish affair and the promo has pretty much established that this is a big screen affair. The songs are unconventional which means it would all boil down to how they integrate with the narrative.

It is very rare to see an all-debutant film to take a smashing start at the Box Office. Following are some of the biggest Day One starts in the last decade for films that have starred newcomers:

Of course, Student of the Year is way out of reach since it also boasted of chartbuster music which ruled the charts for weeks before the film released. Considering the fact that Mirzya has a similar premise as Ishaqzaade (lovers on the run), Mirzya too could well be taking a start in the same zone.

Other releases of the week are Tutak Tutiya Tutiya and MSG The Warrior - Lion Heart. Former is getting relatively better release in multiplexes while latter is counting on its business at the single screens. Considering the fact that Mirzya and M.S. Dhoni - The Untold Story have got the maximum share of screens at the multiplexes, the other two new releases would depend entirely on word of mouth for an enhanced business.

The Prabhu Dheva-Sonu Sood-Tamannaah Bhatia film looks like a fun family affair while MSG The Warrior - Lion Heart would find an audience amongst countless followers that the Saint boasts of.

Taapsee Pannu says that she spoke to…