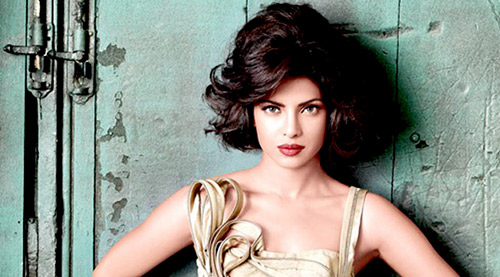 In 2014, Priyanka Chopra ventured into producing films and started her own production company Purple Pebble Pictures to venture into regional movies. They have been making Marathi, Bhojpuri movies and now are working on a Punjabi film.

For the Punjabi film titled Sarvann, Priyanka Chopra is collaborating with producer Vashu Bhagnani. Speaking about the collaboration, Priyanka recently said that she was honoured and excited to collaborate with Vashuji. They had such an amazing response to their regional film ventures and she is now looking forward to their Punjabi debut which has been strengthened by the support and experience of Vashuji. She said that they have a great team that is making a very special film and their team is excited to share it with the world.

Talking about the same, producer Vashu Bhagnani said that it is wonderful to collaborate with Priyanka Chopra and Madhu Chopra. He said he was glad that after so many years of being in the industry, they now got the opportunity to work together and were making their debut as producers in Punjabi films together. He revealed that Sarvann is a wonderful heart-warming film and the audience is going to love the script. The first schedule of the film was shot in Canada and the second marathon schedule began on September 5 in Chandigarh.

The Punjabi film Sarvann has been co-produced by Priyanka Chopra's mother, Madhu Chopra, and Vashu Bhagnani. The film presents a story of a young NRI who returns to India to find his roots. Directed by Karaan Guliani, the movie features Amrinder Gill, Ranjit Bawa and Simi Chehail.