It is a known fact that speculations about Go Goa Gone sequel have been doing the rounds for quite some time. Now, Saif Ali Khan, who plays a Russian zombie killer Boris, in the first part of this zom-com [zombie comedy] has revealed a few details on how the sequel is in the making and what is the progress on this Raj Nidimoru and Krishna DK directorial. 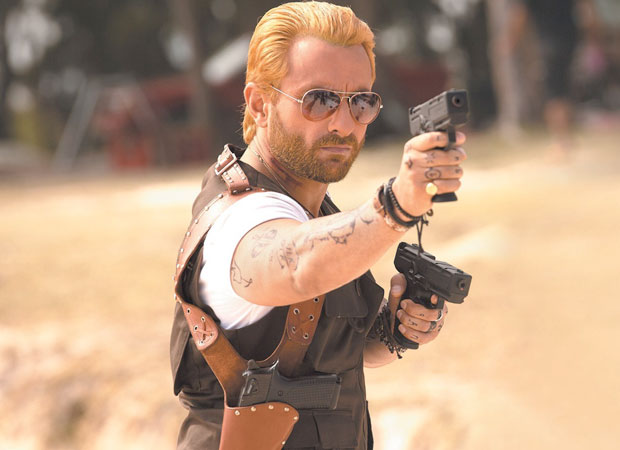 Elaborating on it, Saif Ali Khan has mentioned in reports that Go Goa Gone sequel will see the return of his character Boris. Although it is expected to be in sync with the prequel, the film will see the zombie killer Boris going out on a new mission.

Saif Ali Khan is all praises for the unique sense of humour of Raj Nidimoru and Krishna DK. The actor added that it is these wacky jokes that often persuade him to sign a film with them again. Khan is also hoping that the second one gets a good response like the first installment and believes that it has the potential to become a popular zom-com franchise.

Speaking about the sequel to Go Goa Gone, Dinesh Vijan added, "It's been quite a journey from 2013, and I'm so excited we are back again with this crazy ride! Go Goa Gone redefined many things, and we are gunning to do that again. Saif’s character has stayed with me all this while and we are thrilled to bring it back to life! I have had a great partnership with Raj & DK and I am excited to be back with the original gang! We are finishing the final draft and we should roll by Feb 2019."

Confirming the news director Raj Nidimoru said, "[Krishna]DK and I are brainstorming on how to explore the five-year gap between both films. We are bringing Saif back as Boris, the zombie slayer, but will be adding an extra element to the character. We are retaining the entire cast as they were the core of the film, be it humour, camaraderie or bromance.”

Some members of the cast from the first installment which includes Kunal Kemmu and Vir Das will be a part of the sequel also. However, some new additions are expected too. According to Saif Ali Khan, the script requires a leading lady to play a strong female character, unlike the prequel. Hence the filmmakers Raj and DK are keen on getting an A-list actress on board. The actor also revealed that another supporting member will be added to the star cast who will help Boris on his mission.

Go Goa Gone 2 is still said to be in the scripting stage and the rest of the casting details are expected to be locked by the end of July. The film is slated to go on floor in February 2019 and the makers are keen on wrapping up the shoot in the first quarter of the year itself in a start-to-end schedule.

Radhika Apte announces the release of her…