The tainted Sanskari actor Alok Nath, accused by writer-director Vinta Nanda of rape may have to face a long legal battle to prove his innocence. Vinta who alleges sexual violation 20 years ago while she was collaborating with Alok Nath on the long-running television serial Tara, is appalled by Alok Nath’s sniggering response to the rape charge. 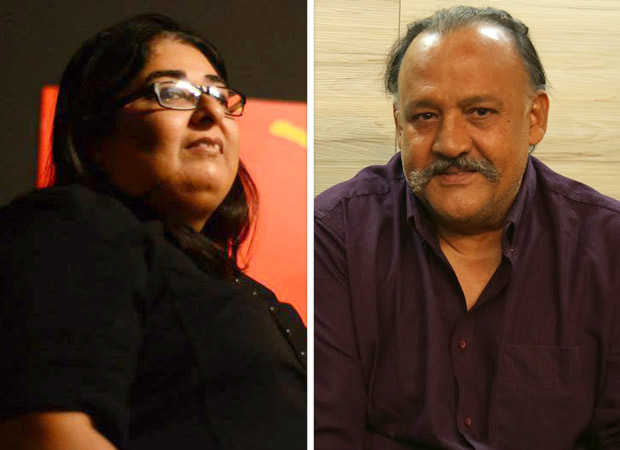 “No regret, so sorry. Just a sexist smirk is all that he has provided. If he had apologized I’d have considered moving on. But now I am willing to see this to the logical end,” says Vinta with renewed determination.

In an unverified statement Alok is quoted as saying, “Neither I am denying this nor do I agree with it. It (rape) must have happened, but someone else would have done it. Well, I do not want to talk much about it as for the matter if it has come out, it will be stretched... We only have to hear to women's stand because they are considered weak."

Enraged humiliated but newly empowered Vinta lashes back, “What else can we expect from him? He shows no remorse for what he did because that’s the way he is. You can’t change him. I am so glad I was finally heard about the way I was violated. It (the hurt and pain) has been with me for nineteen years. Now I feel free.”

Vinta says Alok Nath’s misconduct during the time they worked together was well-known. He misbehaved not just with me but also with the leading lady of Tara, Navneet Nishan. Matters came to a point where we had to sack him from the show. But as fate would have it he found his way back into my professional life when he was signed to play the lead in another serial that I wrote.”

This time, Vinta couldn’t take the bullying and lewdness any more. A meeting with the head honcho of Zee television, filmmaker Dr Chandraprakash Diwedi would never be forgotten. “He asked me to leave the show, he asked me to leave the country. When I refused to leave he asked his staff members to push me out of the room…At this point I left. The point is, men like Alok Nath feel empowered to misbehave with women because they have the tacit backing of powerful peers. I am hoping this would change now.”

What next? Vinta is indeed considering the legal route. “I am in consultation with my legal team. The legal route indeed seems the best possible option. When I spoke about the rape I never expected there would be such an overwhelming response. Now I feel confident. I haven’t felt better in a Long time. You can’t stifle my voice any longer.”

Adds Vinta, “He (Alok Nath) claims he made my career. How did do that? I wonder. Though he did do his best to unmake it. I am glad I got the violation out of my system.”

Interestingly Vinta had spoken about the alleged rape some years ago in a magazine interview. “But it didn’t get much attention. Perhaps the time for action against sexual offenders has come now.”