Readers would be aware that Vicky Kaushal will be seen in a never-seen-before tapori avatar in the forthcoming film Govinda Naam Mera, in which he plays the role of a struggling choreographer trying to make it big. While dancing is an integral part of the storyline of the film, we got a glimpse of his dancing skills in the recently released fun number ‘Bijli’, which also features his leading lady, Kiara Advani. But did you know that Vicky consults his wife Katrina Kaif for his dancing tips? The actor recently opened up about what his wife has to say about his dancing skills. 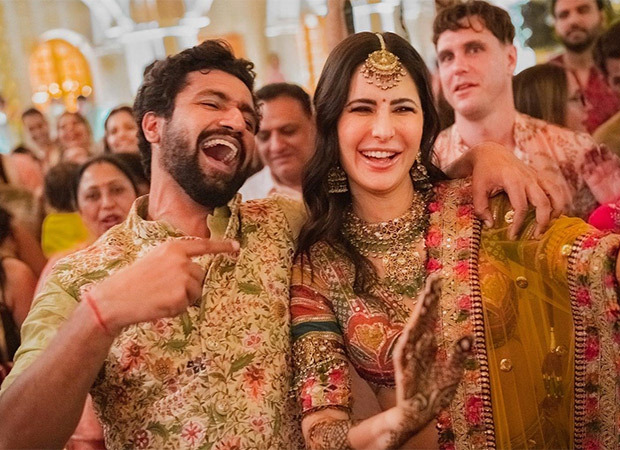 It is a known fact that Katrina Kaif is a fabulous dancer who has given us chartbusters like ‘Chikni Chameli’, ‘Sheila Ki Jawani’, ‘Mashaallah’ among others. Talking about how he often respects her opinion, Vicky Kaushal told Indian Express.com in an interview, “Of course, whenever I would rehearse, I’d go back home and show her the video of the rehearsal. She doesn’t say, ‘yeh acchha hai, yeh buraa hai (this is good, this is bad)'. She’s a spectacular dancer and has a lot of knowledge about dancing in cinema so she has very specific feedback to give.”

He continued, “She knows how it comes across on camera, what to do and not to do. So, I’d take a lot of guidance from her and she’d actually help me a lot. She gives very constructive feedback like asks me to put strength in it, she says take your chin up etc. She also knows a lot about lighting. I regularly show her my rehearsal videos and she’s given me a lot of input that always happens.”

Govinda Naam Mera also stars Bhumi Pednekar who plays the role of Vicky’s wife in the film. Directed by Shashank Khaitan, the film will be releasing directly on OTT, on Disney+Hotstar.