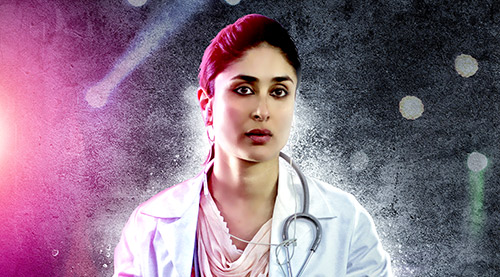 Exploring the dark segment once again, director Abhishek Chaubey's realistic portrayal of substance abuse in Udta Punjab has fuelled controversies which have eventually affected the release of the film. Caught in the midst of the censorship and political conflicts, Udta Punjab may now not release this month and speculations have it that the film has been pushed to July 15.

Earlier we had mentioned about the censorship debacle as the Revising Committee has not only added over 85 cuts in the film but has also suggested the removal of the word 'Punjab' from the dialogues as well as the title of the film. This has further triggered yet another spat of sorts between the makers namely - Balaji Motion Pictures and Phantom Productions with the two supporting completely different ideologies. As Balaji is ready to abide a few cuts given by the censor board, Phantom refuses to follow the same. In fact, not mincing words, Anurag Kashyap lashed out on censorship, trolls and political agendas on Twitter as he rambled on a series tweets that read, "I always wondered what it felt like to live in North Korea .. Ab to plane pakadney ki bhi zaroorat nahin..Joseph Ka Mukadama was a Hindi play adaptation of which famous Czech novel?? We are back there.. There is no film more honest than UDTA PUNJAB .. And any person or party opposing it is actually GUILTY of promoting drugs. I request Congress, AAP and other political parties to stay out of my battle. It's my Rights vs the Censorship. I speak only on my behalf. It's my fight Vs a dictatorial man sitting there operating like an oligarch in his constituency of censor board, that's my North Korea. Rest of you go pick your own fights. I will fight mine. So please don't colour my fight with any political affiliation because there is none. All the trolls referring to Paanch and BF and others.. Sorry they had not invented Twitter then you idiots. Fight was the same. However much the trolls try to distract.. Fight with censors has always been there.. There was more faith now that was unfounded. FYI I have fought the UPA more on censorship issues than the NDA. But you know what , there was no Nihalani then. So the paid trolls can FO. And it's pathetic that the party supported and paid trolls are trying to make me look like an agent of congress or AaP. Where as I have been working closely with this ministry and the MOS mr. Rathore on the censorship issues. And I have all our texts and messages saved so if the govt is trying to make there incompetence look good then they've picked a wrong person. & stop taking out list of cuts made for television of my adult films to show as censored portions of my film to prove a non-existing point."

On the other hand, Udta Punjab has found supporters over the censorship controversy in its actors and several other celebrities from the fraternity who have come out in support of the film as they lash out at the censors for banning it because it is based on reality. It is being said that the production house has refused to remove the word Punjab from the title and have moved the High Court in order to retain Udta Punjab as the title of their film. We also hear that the makers along with IFTDA (Indian Film and Television Directors Association) have called for a press conference to discuss about 'freedom of expression', after which, they will also approach a higher body than Censor Board, FCAT (Film Certificate Appellate Tribunal) for the certification of Udta Punjab because of which the release of the film has been delayed as of now.

On the other hand, it has been learnt that the Censor Board is taking objections to the word Punjab and even dialogues like 'Punjab ki bhoomi banjar, Punjab ke puttar Kanjaar' because they believe that the state will take offence to the same.