Tusshar Kapoor and Mallika Sherawat are the newest entrants in the world of web series. They would soon be seen in horror comedy Booo: Sabki Phategi which would be streamed on Ekta Kapoor's digital platform ALT Balaji. 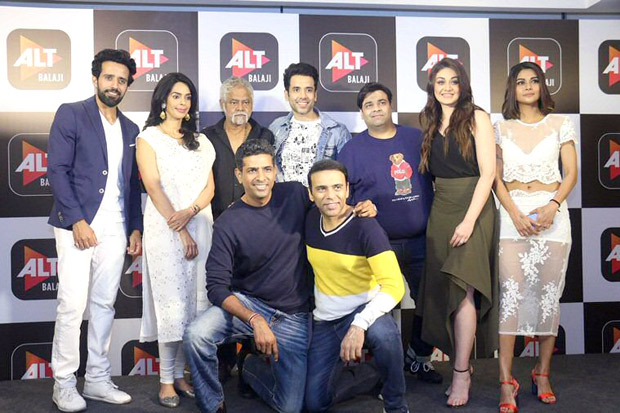 "Tusshar Kapoor has been known for his comedies and has seen quite some success there. Golmaal franchise is a major success and the first two installments of Kya Kool... series did quite well too. After his last release Golmaal Again [2017] which collected over 200 crores at the Box Office, he wanted to do something really substantial for the small screen as well. This is when Booo: Sabki Phategi happened," says a close associate of the actor.

As for Mallika Sherawat, she would be returning in front of the camera after a real long time.

"Her last Bollywood release was Dirty Politics [2015] which went unnoticed. However, the one which succeeded commercially was Double Dhamaal [2011] which was a comedy. In fact she had a good part to play in another comedy Welcome [2007] as well while her romcom entertainer Pyaar Ke Side Effects [2006] was successful too. She has a flair for comedy and wanted to explore this genre. When Booo: Sabki Phategi came her way, she chose it to be her comeback vehicle as an actress," our source continues.

Both Tusshar and Mallika have prior experience of horror flicks though.

"Tusshar did Kucch To Hai [2003] very early in his career. On the other hand Mallika had a part to play in one of the segments of Darna Zaroori Hai [2006]. However, horror comedy genre is still in its infancy, especially in Bollywood. The super success of Golmaal Again and Stree is making filmmakers sit up and notice the potential of this genre. Booo: Sabki Phategi should be a welcome step in this direction," adds an insider.

In fact even as a producer, Tusshar Kapoor is exploring the horror-comedy genre with Laxmmi Bomb which features Akshay Kumar in the lead along with Kiara Advani. While that's a job he is doing behind the camera, in front of the camera he is all set to be seen in Booo: Sabki Phategi where other than Mallika Sherawat, he also has Sanjay Mishra, Krishna Abhishek, Kiku Sharda and Shefali Zariwala for company.

Also Read: Why is Mallika Sherawat seen at Cannes every year?