Aamir Khan and Amitabh Bachchan starrer Thugs Of Hindostan is undoubtedly one of the biggest movies of the year. This visual spectacle about an epic war and adventure on the high seas is releasing this Diwali. This is the first time the two stars, Aamir and Amitabh, are coming together on the silver screen. With the action adventure made on a mega-budget, the anticipation is only increasing amongst the fans of the megastars. 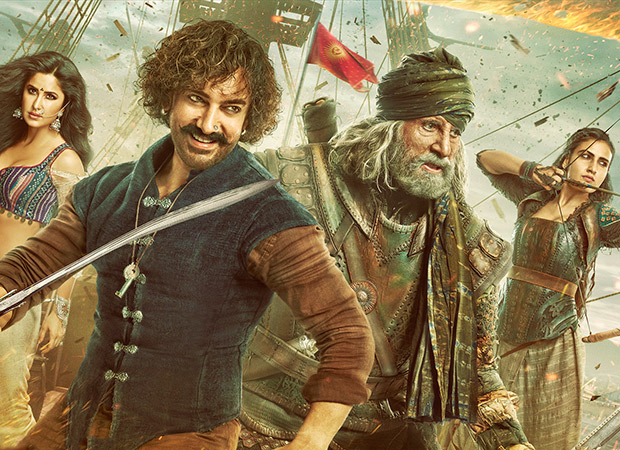 Now, it has been learned that the movie-goers and fans of the stars can grab their hands on the tickets as early as November 3. That is right! The makers of the film have decided to open early bookings for the film this coming weekend. The advance online bookings for Thugs Of Hindostan will open across India on Saturday 3rd November 2018.

Thugs of Hindostan co-stars Katrina Kaif and Fatima Sana Shaikh. The film is set to treat audiences across India with the biggest jaw-dropping action sequences seen by audiences on screen to date. With its edge-of-the-seat thrills and a visually immersive experience, YRF’s out and out entertainer, Thugs of Hindostan, is set to release on November 8, a national holiday, in Hindi, Tamil and Telugu.