Considering that of late, we have come across many women-oriented dramas, filmmakers seem to have taken a special interest in this kind of cinema and has been exploring varied genres with strong female protagonists. Buzz is that yet another film with women as leads has interested Ronnie Screwvala. The producer, who has been picking up films for his RSVP banner, came across this story and it is expected to star some popular actresses like Shabana Azmi, Kajol and Mithila Palkar. 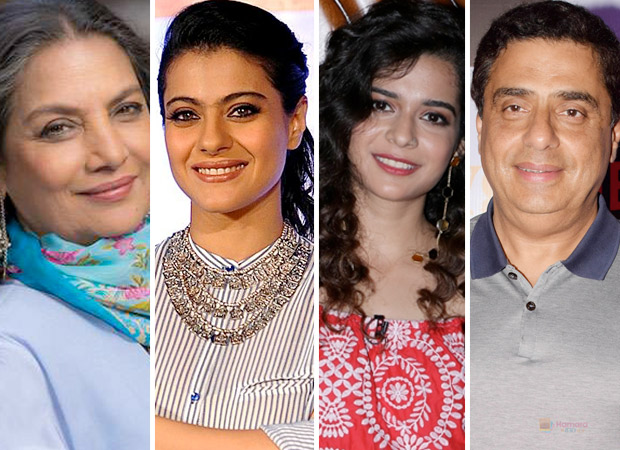 Interestingly, all three women who have been signed up for this film, have portrayed some strong and unconventional roles in the past. It is said to be directed by actress Renuka Sahane. Confirming the same, a source said, “Ronnie Screwvala has signed Shabana Azmi, Kajol and Mithila Palkar for his next film. The film is about three generation of women belonging to a single family. The film is expected to be a modern family drama and is to be directed by Renuka Shahane.”

Interestingly, this will be Renuka Shahane’s debut Bollywood directorial. The actress had previously directed a Marathi film titled Rita with Pallavi Joshi in the lead. The 2009 drama too had a female protagonist like her forthcoming film.

Also yet another interesting combination to watch out for in this modern day drama will be that of Shabana Azmi and Kajol. The two of them have received immense appreciation for the portrayal of some very strong roles on screen in films like Fire and Dushman respectively.

Coming to Mithila Palkar, the actress gained fame as a web star. Even though her Bollywood debut Karwaan didn’t do as well as expected,  she has immense fan following owing to web series like The Little Things and also TV series Girl In The City. Not surprisingly, this will be the first time she will be sharing screen space with both popular actresses.