After October, Kalank and Street Dancer, Varun Dhawan is using this lockdown period to re-strategize his acting career as the actor is in talks with several filmmakers discussing possible collaborations. Bollywood Hungama has learnt that Varun will soon team up with Stree director, Amar Kaushik on a comedy, which will be produced by Dinesh Vijan. 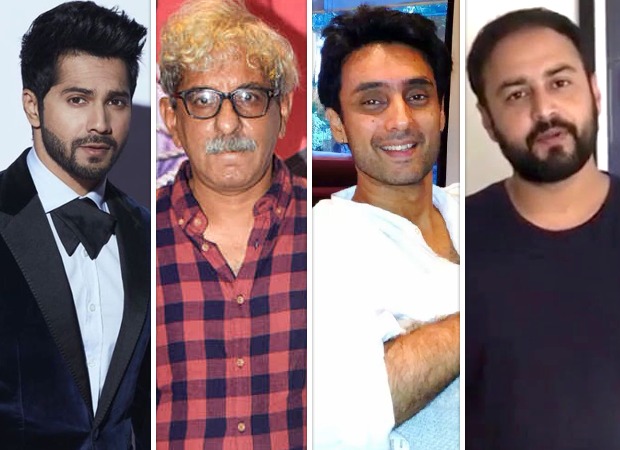 SCOOP: Varun Dhawan 2.0: After Sriram Raghavan, Anurag Singh, actor to team up with Amar Kaushik on a comedy?

“Varun and Amar have been discussing multiple films for collaboration for a while now and they have finally zeroed down on an idea. Amar is currently developing it further and will have a bound script ready in a couple of months time. Varun and his filmmaker-father, David are both excited about the subject and believe that it would be a game-changer in the comic space,” revealed a source close to the development.

Apart from the yet-untitled comedy, Varun is also prepping up for the Arun Khetarpal biopic in this lockdown, which is again produced by Dinesh. “He is in constant touch with director Sriram Raghavan over the video conferencing, and the two are having reading sessions through virtual means,” the source informed, adding further that this would be the first film that Varun will kick off after the lockdown. “After Sriram’s film, Varun has the Sajid Nadiadwala production which is being directed by Kesari fame, Anurag Singh. It was Varun who got this project in place after talking to his mentor Karan Johar. It’s an out and out action entertainer, and was to kick-off sometime in October. But it’s bound to get delayed now,” the source added.

Varun’s next three films look diverse and very much within the commercial space, and we hear he is also in talks with Karan Johar for the official remake of Vijay’s Tamil Blockbuster, Theri. However, it’s in the very nascent stage at the moment. “Varun is now looking to balance in the commercial space by exploring different sub-genres. He is going to be a force to reckon with in the near future. He has learnt from his mistake and is looking to rise like a phoenix,” the source signed off.

There are several other commercial films which Varun has been offered in this lockdown phase by multiple production houses, however he is on a rejection spree and being very particular of what he signs on from hereon. Stay tuned for more updates.