Sanjay Dutt, who is said to be battling cancer, stepped out to wrap his film Shamshera, being directed by Karan Malhotra. Sanjay was supposed to shoot just two days for the film, given it was a simple patchwork schedule. 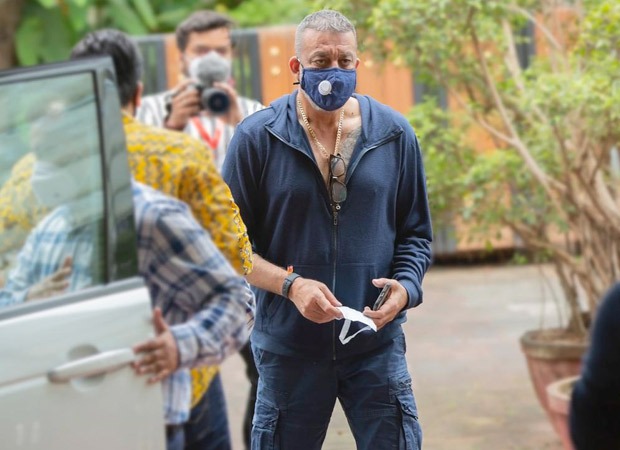 “Yes, Sanjay Dutt has wrapped Shamshera. When we saw his car leave the premises of YRF yesterday, we knew that something was up and we have found out that he was at YRF to wrap his commitments for this project! It was a simple patchwork shoot for the film. Ranbir (Kapoor) had wrapped the film earlier and Sanjay just had 2 days of patchwork left which he has finished now,” says an industry source on conditions of anonymity.

“Of course, strictest precaution was taken by YRF for the patchwork shoot. Everyone said to be present for the shoot went through home quarantine and were tested for coronavirus to ensure that Sanju was not at risk in any way. A super safe environment was created for him to finish the patchwork,” reveals the source.

Shamshera is set to be released in theatres only and it seems that YRF is clear that this big-screen experience will not release in OTT even in an environment when other films are lining up for a digital release to book revenue due to the coronavirus pandemic.

Also Read: Babil Khan says Sanjay Dutt was one of the first ones to reach out after Irrfan Khan’s diagnosis