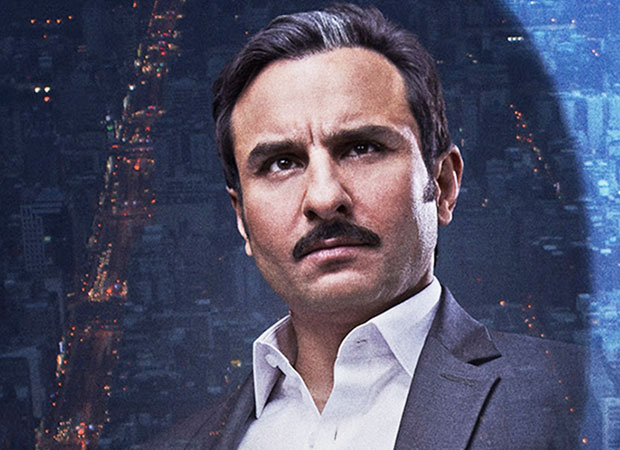 The poster of Nikhhil Advani’s ambitious production Baazaar that released few months ago featured Saif Ali Khan in not just salt pepper look but his shrewd demeanor did give us a sneak peek into his character. Let us tell you that Saif Ali Khan plays a Gujarati businessman in this socio-economic drama and he will also be seen speaking the language in the film.

While Saif had already practiced Gujarati accent for the Sajid Khan comedy Humshakals, the actor maintained that the lessons he learnt then not only made him familiar with the language but also helped him for Baazaar. The actor asserted that he has tried to add justice to his character by adding some more Gujaratiness to it. On the other hand, Saif revealed that his character in the film will be a strong, dark one with a streak of meanness.

Saif Ali Khan further described his character as that of a ruthless businessman who is apparently said to do distasteful things. He expects the audience to receive his character with hatred because according to him, that is how it is supposed to be. Saif Ali Khan, however, confessed that he was a little scared about doing it when he read the script but realized that was exactly what was so beautiful about his role. Saif, who has portrayed grey roles in films like Omkara and Ek Hasina Thi, also reminisced about how he is essaying such a dark character after a long time.

Baazaar, is also said to mark the debut of veteran actor Vinod Mehra’s son, Rohan Mehra and is directed by Gauravv K Chawla. Set against the backdrop of Mumbai’s dynamic and ever-fluctuating stock market, the release date of the film is yet to be revealed.