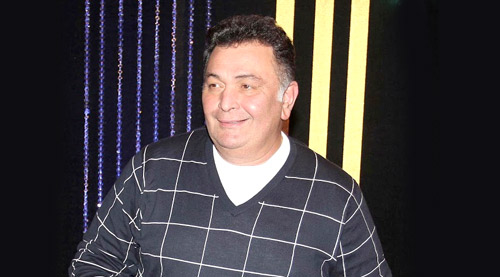 Veteran actor Rishi Kapoor has often been dragged into controversies owing to his straight forward nature. He never minces words when it comes to expressing his opinion on social media and had a rather funny take on the ongoing Udta Punjab controversy.

Rishi Kapoor, who goes by the name of Chintskap on Twitter, said, "Think. Jo naam badalne chaiyen,un par amal naheen kar rahen hain! Koi "Udta" hua cheez badalna chahte hain. "Punjab" expose ho jayega na lol." For the uninitiated, the forthcoming drug drama Udta Punjab is currently in the midst of a major controversy as the team of the film are battling it out against the Censor Board which has not only suggested over 90 cuts but has even asked them to do away with the word Punjab in the film's title as well as the dialogues.

Several Bollywood celebrities have come out in support of the film and its makers. Directed by Abhishek Chaubey, Udta Punjab stars Shahid Kapoor, Alia Bhatt, Kareena Kapoor Khan, Diljit Dosanjh among others and is slated to release on June 17.